Green Fingers: Cuttings: Something from nothing 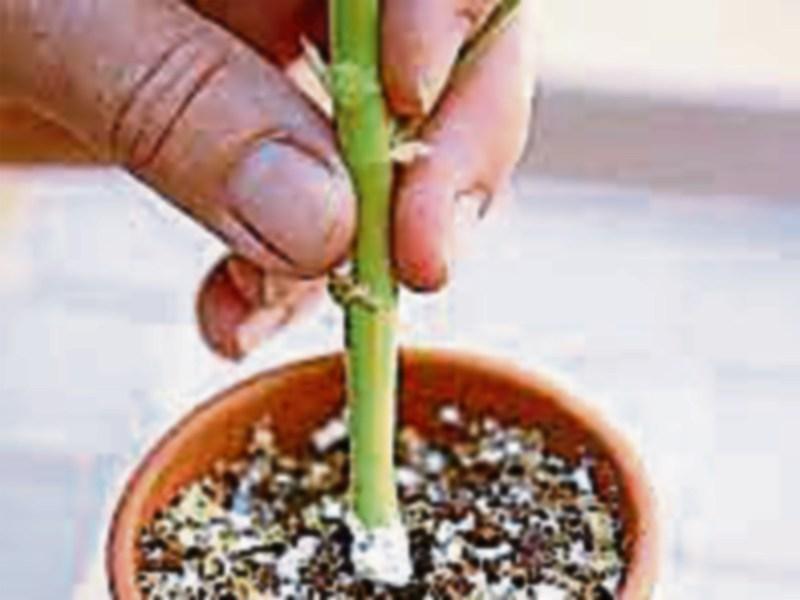 Always look for a healthy mother plant when taking cuttings

I am busy in the garden at the moment taking lots of cuttings. I already have dozens which have rooted and ready to pot on.

At different stages of the year we can all take cuttings from plants that we own. In this way we can easily increase our stock at practically no cost.

Semi-ripe cuttings are tougher and more mature. These are the types of cuttings I am taking at the moment. They’re usually taken from midsummer to autumn. Plants such as camellia and honeysuckle often root well from semi-ripe cuttings.

Select green, non-woody stems for taking tip cuttings. Newer growth is easier to root than woody stems. Locate a stem that has a node, this is simply the point where the leaves join the stem. The node looks like a joint on the stem and it is the area that will generate new roots. Use a sharp scissors or a razor blade that has been sterilised in alcohol to make a clean cut, just below a node. The cutting doesn’t need to be very long, a single node with a couple of leaves will be fine.

I then place the cutting into a pot containing some compost and some grit or sharp sand. This will mean the compost is free draining and the cuttings are less likely to rot. Cover the pot with a clean plastic bag - in effect creating a mini-greenhouse. Keep an eye on the cuttings and water occasionally until you see roots emerge from the bottom of the pot.