Wins for Monaleen and Adare in Limerick SFC 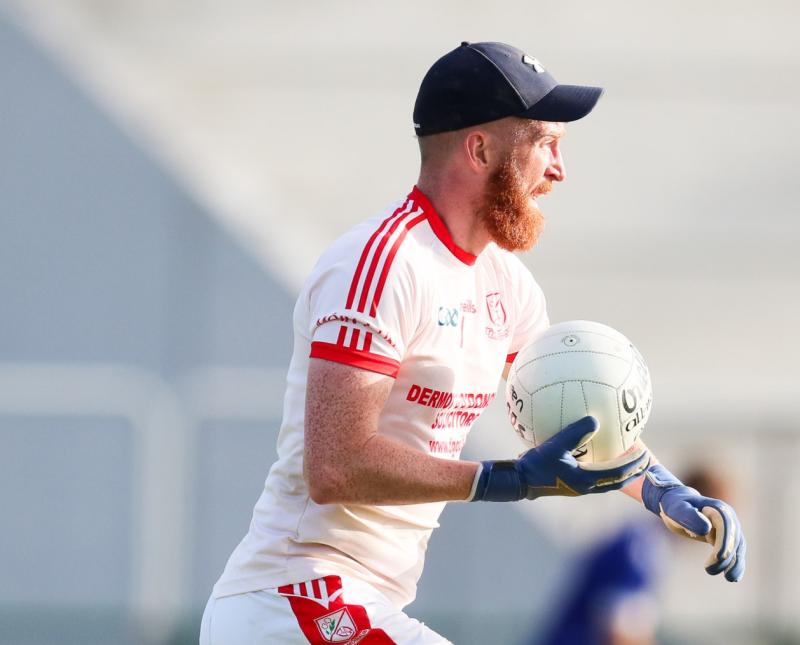 THERE were wins for Monaleen and Adare in Friday night's fourth round action in the Irish Wire Products Limerick senior football championship.

Adare have set up a mouth-watering final group stage round clash against St Kieran's in Group 2, thanks to a hard-fought one-point win over winless Ballylanders to keep their 100% record alive.

It finished Adare 1-7, Ballylanders 0-9 after both sides were level six times in a tense affair in a  sun-drenched Feenagh.

Meanwhile, Monaleen maintained their hopes of progressing to the knock-out stages with a hard fought 0-13 to 0-11 victory over Oola at Knocklong.

The result leaves the Castletroy club with a straight head-to head with neighbours Claughaun for Group One's one remaining place in the quarter-finals.

It was Ballylanders, who were without their injured  talisman Jimmy Barry Murphy, that started the brightest in their clash with Adare and were two points ahead within nine points - thanks a Danny Frewen mark and a Eoin O'Mahony point from play.

Mikie Lyons fired home the game's only goal in the 10th minute to put John Brudair's side a point ahead at 1-0 to 0-2.

Adare's first point from play came in the 20th minute - a well-worked Lyons' effort brought the sides level after Mark O'Connell and Frewen's second point had edged Ballylanders ahead.

A Robbie Bourke free put Adare ahead for the second time with five to go before half time.

However, Ciaran Kelly had the sides level again, for the third time, with a superb long-range effort.

Frewen kicked over his third of the evening, a minute after Davy Lyons had the put Adare ahead, to make it 1-3 to 0-6 at half time - the fourth time both sides were level in the opening 30 minutes.

After the restart, Adare looked likely winners when the opened up a two-point lead by the 49th minute.

Ballylanders had other ideas, however, and were back on level twrms with four minutes to go thanks to two quick-fire efforts from Ciaran Kelly (free) and Stephen Fox.

A Mark Connelly free in the minute of normal time, did, however, secure the victory for Adare.

Meanwhile, little separated Monaleen and Oola on the scoreboard as, every time the City club edged into a four-point lead, they were pulled back, mostly by the unerring free-taking of county star Josh Ryan.

In terms of possession, however, Monaleen had the whip hand right through as their midfield dominance provided them with an almost continuous feed into their front men but their finishing worked only in fits and starts as their wides tally went into double figures.

Monaleen led the game 0-6 to 0-4 at half-time. The lively Donnacha Ó Dalaigh kicked four points from play for the Castetroy side while their inter-county senior football star Brian Donovan landed two points from play as did Ger Collins to go with his two frees.