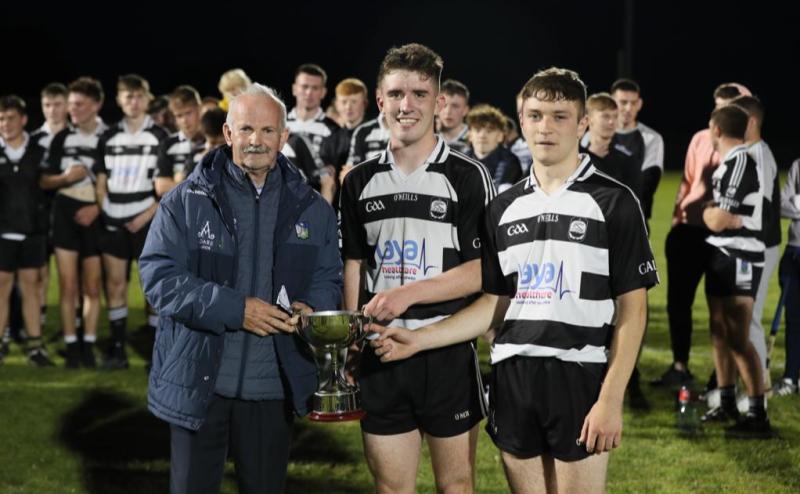 GALBALLY claimed the Limerick Premier U19 football title after recording a dramatic 0-10 to 1-5 final win over Mungret-St Paul's at Mick Neville Park, Rathkeale on Tuesday night.

Mungret-St Paul's were left to rue missing penalties and kicking sixteen wides as a more clinical Galbally side scored an exciting success.

Mungret's destruction wasn't totally self-inflicted. Despite being caught by the slickness of their opponents moves from the back and their abilities to win primary possession up the middle, Galbally never lost focus and always found the response whenever they were in danger of being tailed off.

It kept them well in contention throughout the contest.

There was little in it during the first quarter until Mungret took control with Darragh Bridgeman's fisted goal off Liam Moran's hand pass across the square.

After Darragh O'Sullivan picking off a follow-up point, their lead could have been seven had Bridgeman's penalty for a foul on O'Sullivan not been saved by Jack O'Keeffe. Galbally made the most of their escape by drawing a free for English to convert for a half-time score of 1-3 to 0-3.

Although Mungret had more chances on the restart, their shooting – including close-in frees – lost sight of the target and English frees kept the Glensmen in contact until Bridgeman was tumbled over in the square.

However, Mungret failed to convert from the penalty spot. The city side were unable to convert their plentiful supply of possession into scores as English sent over three frees from breaks from deep to equalise.