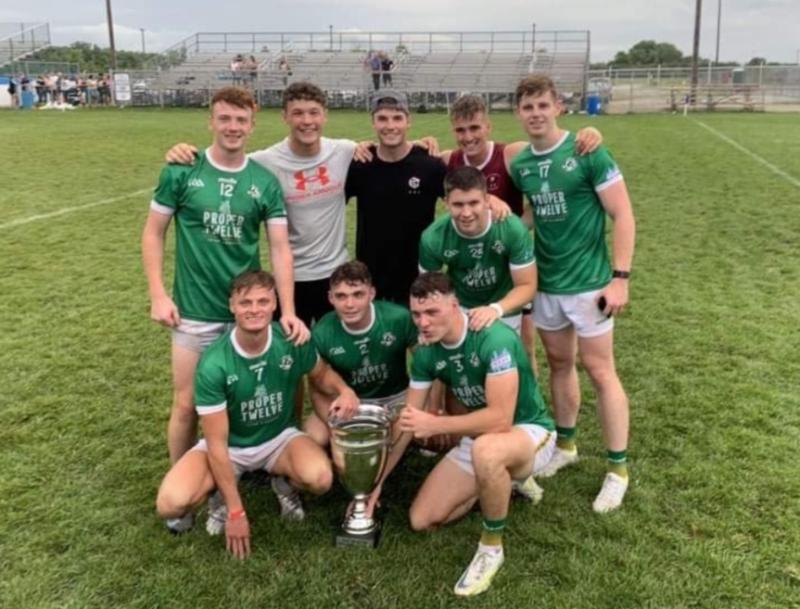 Donovan and his Padraig Pearses team-mates defeated Parnells in Sunday's final on a scoreline of 4-14 to 1-9.

It's a second championship medal in the US for the pacy Monaleen player - back in 2017 he won a San Francisco SFC title with Sean Treacys, along with Limerick team-mates Adare’s Hugh Bourke, Newcastle West’s Cian Sheehan and Mungret St Pauls Killian Ryan.

Donovan is also the holder of a Limerick SFC medal from Monaleen's 2016 success.

This Summer, Donovan was the only Limerick player with Padraig Pearses in Chicago.

But he certainly wasn't the only inter-county player in the Windy City.

In the final, Parnells included Armagh star forward Rian O'Neill and Tyrone All-Ireland SFC winner Conor Meyler, who Donovan was marking at some stages during the final.

Donovan and his Padraig Pearses team-mates now advance to the North American Championship in two weeks time. Among the other competing teams will be Donovan's former team Sean Treacys (San Francisco), Young Irelands (Philadelphia) and other champions yet to be crowned from Boston and New York.