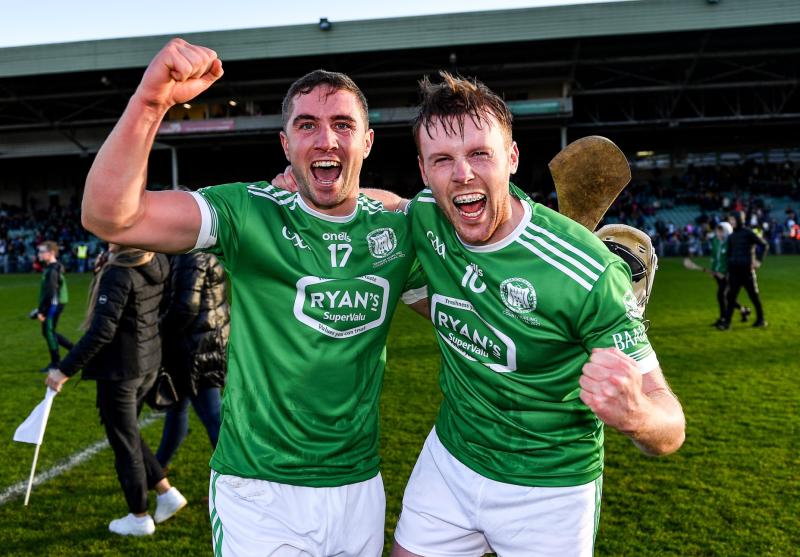 THE four remaining round one games in the Bon Secours Limerick senior club hurling championship take place this Saturday evening.

There is a county championship schedule of 14 games across the senior, intermediate and junior ranks - all bar two at 7pm.

Champions Kilmallock begin their Limerick SHC title defence this evening with a repeat of last year's county final with Patrickswell in Newcastle West.

Kilmallock had six players on the All-Ireland SHC winning panel - Graeme Mulcahy, Barry Hennessy, Robbie Hanley, Aaron Costello, Oisin O’Reilly and Micheal Houlihan. They will also be able to call upon the experience of Gavin O'Mahony and Philip O'Loughlin and the youth of Shane O'Brien.

They south Limerick side will play a Patrickswell side without the services of Cian Lynch, who is set to be out of action until at least October with an ankle ligaments injury. The Well could also be down some other regulars but still be able to call upon the services of Aaron Gillane and Diarmaid Byrnes.

In Claughaun is a repeat of the 2020 final between Doon and Na Piarsaigh. Both have four All-Ireland winners in their ranks – Mike Casey, Peter Casey, William O’Donoghue, Conor Boylan (all Na Piarsaigh) and Doon's Richie English, Darragh O’Donovan, Barry Murphy and Adam English, who has been carrying an injury of late.

Others like David Dempsey, Adrian Breen, Kevin Downes, Pat Ryan, Mikey O'Brien and Josh Ryan could be key players for their respective sides.

Ballybrown and Blackrock meet in Ballyagran - this tie will be see senior and U20 team-mates Colin Coughlan and Jimmy Quilty in opposition.

The Clarina men will also look to Josh Adams, Aidan O'Connor, Stevie O'Reilly, while The Rockies will look to Paudie Leahy, Marty Farrell and Dylan Dawson in a game where both teams are under new management this season.

The Bouncers won this clash last season, 2-21 to 1-23 but it wasn't enough to stop Liberties progressing to the knockout stages.

Garryspillane will be without former inter-county captain James Ryan but will look to Mark Quinlan, Roibeard O’Donovan, Dylan O'Shea and Micheal Bourke.