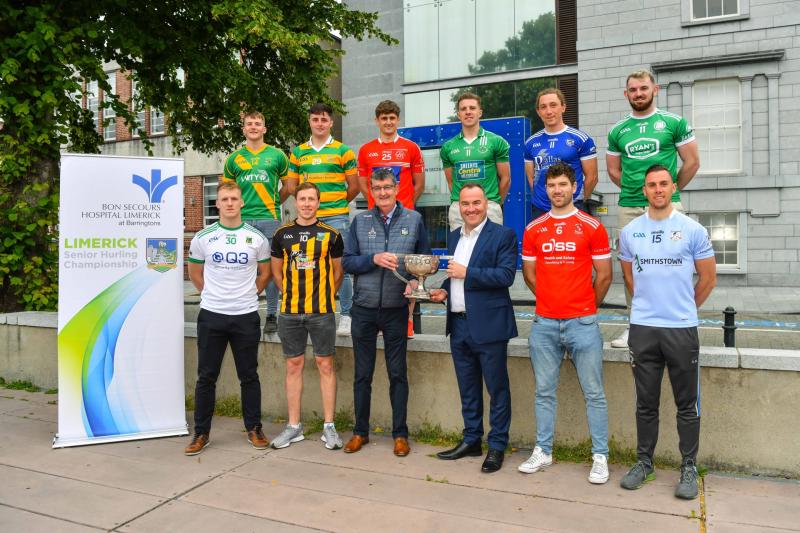 LIMERICK GAA have confirmed that the Bon Secours Hospital Limerick are to sponsor the 2022 Limerick senior club hurling championship.

And, the Hospital for the first time this year also sponsored the County Hurling and Football Leagues as part of the growing partnership.

The first round of the County Senior Hurling Championship start next weekend July 28 with action in group 1 and 2 using the round robin format followed by the knockout stages leading up to the final in TUS Gaelic Grounds in the Autumn when the last two teams will compete to win the Daly cup. The Daly cup is the most coveted piece of silverware in Limerick Hurling and was presented to the County Board in 1928 by Madge Daly.

Speaking at recent Launch the Chairman of Limerick GAA, John Cregan, stated: “I am delighted that not alone is our partnership continuing but is has been very much enhanced for 2022.  Limerick GAA are very pleased to be continuing this partnership with Bon Secours Hospital Limerick, a prestigious Health Care provider to the people of our city, county and beyond”.

Speaking at the launch, Jason Kenny, Hospital CEO at Bon Secours Hospital Limerick said: “We have a long-standing relationship at the hospital with Limerick GAA, not least due to the partnership already in place that sees intercounty players receive quick access to world-class scans for diagnosis of injuries. We see this partnership as a perfect fit; a sporting organisation that has been reaching into every corner of Limerick GAA for well over a century and a hospital that has served people from every corner of the county for even longer."