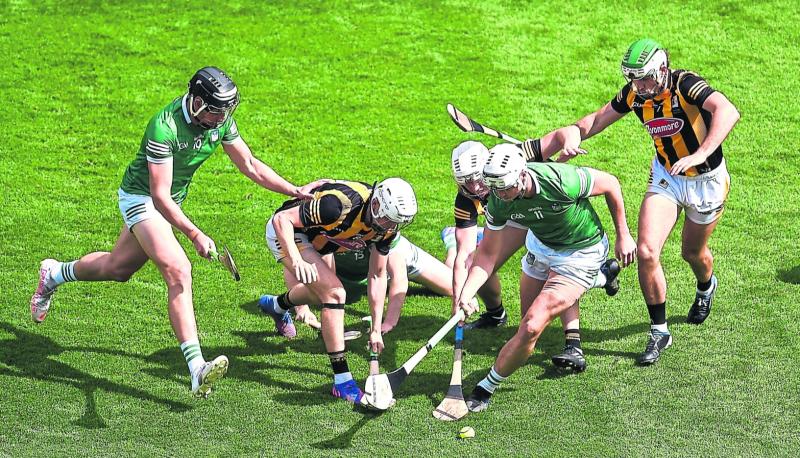 WHERE do you even start? What days we are witnessing. When Colm Lyons blew his final whistle at Croke Park on Sunday, what an outpouring of emotion followed.

So many people had missed out on the two previous years of All-Ireland final, it was nearly like they were celebrating all three wins in one.

As hard as it was, I tried to keep my composure and not be jumping around the place - I just stood quietly with a large grin on my face trying to take every last drop in.

I’d say anyone around me thought all my emotions were gone, but I have learned to try and enjoy the good times - and literally just take it all in. It’s that 20 minutes after an All-Ireland final win - it’s those moments we all wait for.

Looking out onto the pitch and seeing the players, backroom team members and the County Board officials, knowing all the hard yards that have being putting in to help Limerick GAA to move forward together is special. When a group of people come along that have the knowledge and vision to bring all this together, you have to realise how lucky we are.

At half-time I said to a person sitting beside me if there was no scoreboard in Croke Park I would guess we are eight or nine points up.

That’s how I felt, and I was slightly concerned at half-time because Kilkenny hadn’t done much hurling but we only four points in front.

The only other time I got worried was when Richie Hogan scored an unbelievable point from underneath the Hogan Stand to bring Kilkenny back level.

It was nearly as if this was going to be his parting moment in his career. But that’s the beauty of this Limerick team.
They play hurling in the last five minutes of an All-Ireland final as if they were pucking around at home. The reason they are so cool is because what they are put through on game day is what they are out through at training. And the training is just so good and so clever.

If you train from January to July and average it out at three field sessions a week, that’s probably 70-80 sessions a year and then multiply it by five years, you just get so accustomed to it and that it doesn’t faze you no matter what the circumstances are.

When I was talking about the game during the week my biggest concern was that our half-forward line didn’t tick all year and it was our full-forward line that was winning us games.

I would have guessed that Kilkenny would go man-on-man and squeeze up which also would have concerned me knowing that may not get much ball.

But by God did the half-forward line tick at the biggest stage of them all! I thought they were immense.
In most games, Kyle Hayes would have been awarded Man of the Match. He gave some exhibition of everything, hurling, power, pace, aerial ability, composure.

Seeing his last two performances at number 11 makes us all realise where his best position is.

But as good as Kyle was, Gearoid Hegarty was just ridiculous. That’s the only way I could describe it now to be honest.
'Hego' just made it look so easy. When all is said and done though, you have to give some credit to Kilkenny. They just would not go away.

Bit by bit they clawed themselves back into the game when it was slipping away and they always kept themselves within striking distance.

I'm sure if they had their time back, they would change a couple of things they got wrong and when they look back at the game they will be only too aware of the chances that they missed in the second half.

If nothing else they have built a serious platform for themselves for next year with what is a young side, bar two or three players.

The homecoming on Monday evening was great to see. Again it was nearly a celebration of the last three years rolled into one. The weather was on our side, the town was packed, and the craic was had.

And from a players' perspective it’s yesterday, today and tomorrow are the greatest days of all. Why? Because they can relax. Media duties, home comings, supporters, etc, are finished.

And the players can sit down and relax with each other and talk about the history that they have made, the craic that they are having, and enjoy the best days of their lives. And do you know what - they deserve every bit of it.