Tom Morrissey: 'I had forgotten how good it is to have the buzz of the supporters there' 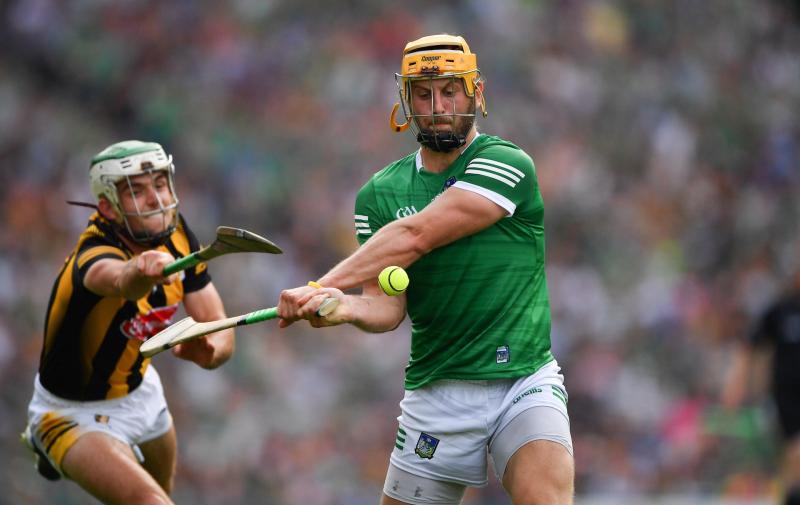 KILKENNY came with an early second half charge and 12-minutes into the new half the All-Ireland SHC final was level for the first time.

Hit for 2-3, Limerick needed a response and up stepped Tom Morrissey.

The key to success?

“Not to panic - it’s a characteristic of this team because even in 2018 when we were there for the first time and we didn’t have experience but we still showed their qualities. It’s just a characteristic of this team to be resilient and probably just embedded in us by Paul and John to not panic and stick to the process of the next ball and just forget what just happened and go again,” explained Morrissey.

“Kilkenny are Kilkenny and they just never go away - even in the first half, I thought we were going well but at the same time we go in at half time and we were only four points up. They then got the goals early in the second half and it was well but the ability to get the next scores after we were dealt those blows was telling.”

He added: I don’t think we ever relinquished the lead and we just always made sure that we got the next score and responded well to any set-back we did get because you could never let their momentum get too much and had to keep a strong foothold and command of the game - that was very important”.

Morrissey lost an All-Ireland minor hurling to Kilkenny in 2014 but has now scored U21 and senior title victories over the side in black and amber.

Morrissey was one of five players from the 2017 All-Ireland U21 winning team to start in Croke Park last Sunday.

“We are just trying to savour every moment of this as they go by - has it sunk in it, I don’t think so!” smiled the popular Ahane man at the Limerick team hotel on Monday morning.

Victory moves Limerick to 16-games unbeaten and three-in-a-row winners but 2022 was anything but straightforward.

“We have met a lot of challenges this year and were pushed to the hilt on a lot of occasions with injuries and set-backs along the way,” he recalled.

But Morrissey was quick to explain that injuries aren’t dwelled upon inside the camp.

“We have always had such faith in the depth of our squad and it’s next man in and we have a real belief that they will deliver and you can see that with the impact we get off the bench each day and it was no different. We know we had a depth and a trust in each other,” he said, referencing late crucial scores from Cathal O’Neill and Conor Boylan.

Morrissey is one of 11 players to have started in all four All-Ireland SHC finals across the last five years.

Sunday’s atmosphere was a welcome return to 2018 heights after two Covid-19 restricted seasons.

“It was unbelievable - after the last two years with half capacity last year and no one there in 2020. It was very reminiscent of 2018 and I had forgotten how good it is to have the buzz of the supporters there again. Absolutely couldn’t believe how much green there was in the stadium.”