Opinion: Cork the side I would like to avoid most in semi-final - Shane Dowling 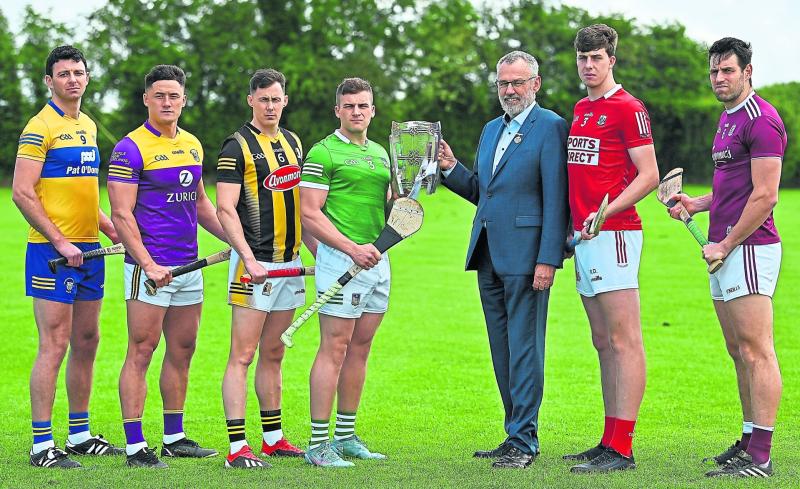 FROM a Limerick point of view, it is great to sit back and relax ahead of the weekend's All-Ireland hurling quarter-final action.

Of course, Kilkenny will be doing the same, and no doubt Brian Cody and John Kiely will make the trip down to Thurles to see what unfolds this Saturday.

I guess if you were to meet Cork in a semi-final, its not half as much pressure, for them. On the back of last year's All-Ireland final, I think it would be a great reference point for all of the Limerick squad.

I know if you were in the Cork dressing room you would love to right the wrongs, but it would be much easier in a semi-final.
With an All-Ireland final comes the circus and the pressure. With the semi-final comes no circus, and no pressure. It's amazing how Cork are in the mix for the potential conversation, I thought most of those lads would be in Croatia or Lanzarote having looked at their first two games.

But credit to them for turning it around and if they were to beat Galway this weekend, you would suspect that they would be well primed for either Limerick or Kilkenny, so for me it's avoid them for now if possible.

Their opponents this weekend are Galway. I suppose does anybody really know what to say about Galway? How good they will be or how bad they will be?

They truly are the unknown. When I saw them take on Limerick in the TUS Gaelic Grounds it looked optimistic for them.
Forget where Limerick were at that time, but their attitude, their willingness to work and to fight was there for everybody to see.

Then you look at the Leinster final, when it should have meant the most, and there was nothing there. So will we see a reaction, or will they exit at the quarter-final stage on Saturday, which would be considered a very poor year?

Henry Shefflin is a winner, and he will have gone down to Galway with no other agenda than to get to the latter stages of the All-Ireland series in Croke Park. Funnily enough, I think Cork will have enough for them the weekend, but if they were to beat Cork, you wouldn’t be over confident going into a semi-final against Galway either. They have the power and the pace and have shown the work in patches.

So while Cork are the team I would like to avoid the most in the semi-finals, Galway are behind them.

In the other quarter-final, well we can't meet Clare yet! That would leave Wexford as the last possible team for Limerick to face. They had to come up trumps with a big, unexpected win in Nowlan Park against Kilkenny to remain in the championship and they duly obliged.

That win aside, their campaign has been poor enough to date, but a big win on Saturday and all of a sudden they find themselves in an All-Ireland semi-final, a lot closer to Liam MacCarthy than they have been in the last few years.
They will be hoping that the missing Clare players, on top of a mentally and physically exhausting Munster final, will take its toll.

But looking at Clare this year, I think they will look at embracing all that. But if there was one team of the three potential opponents I would prefer to meet, looking at all known form, it would have to be Wexford.

In saying all that, don’t think for a second I would fear or not fancy any of the above. When you are in the bubble of a player, you don’t really care who walks up in front of you, it's just another game that you have to win to get back to an All-Ireland final.

I have no doubt that John Kiely, Paul Kinnerk and all the lads have reviewed the 2019 All-Ireland semi-final in the lead up, and will do everything to ensure that there will be no slow start like happened that time against Kilkenny.

Funnily enough, even after winning the last number of Munster finals, this is the first time that the lead-up is the same because of the Covid-19 pandemic.

There have been enough times over the last couple of decades where we have been in All-Ireland quarter-finals and scraping though them, or falling over.

So I think we can all sit back and relax and watch what should be two wonderful All-Ireland quarter-final games unfold, before a two-week run-in knowing exactly who we will be playing in the semi-finals.