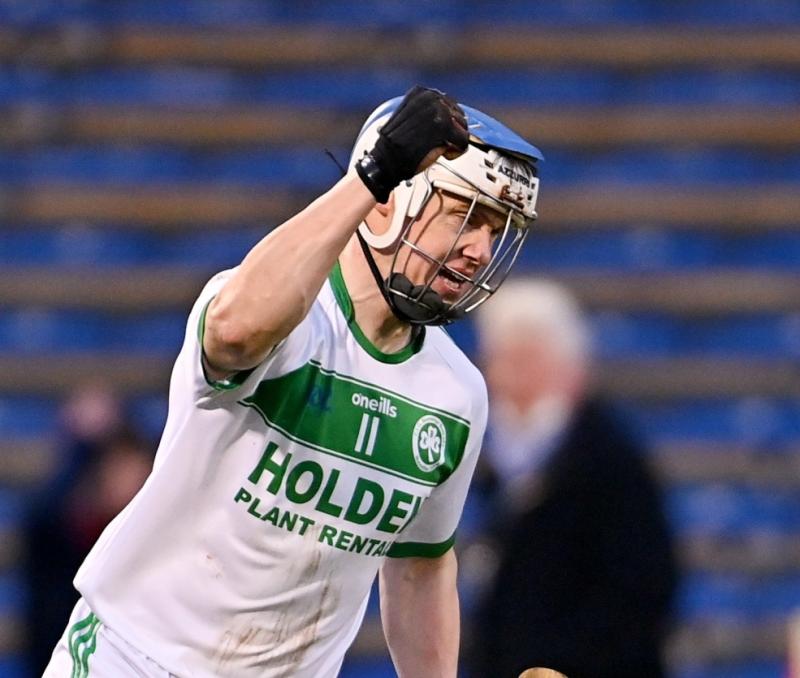 There’s not many superlatives left in the dictionary to describe TJ Reid's impact for both club and county but even by his own very high standards, his late goal for Shamrocks of Ballyhale on Sunday afternoon is something that will live long in the memory.

"I asked the ref what was left and he said 30 seconds so I had only one option and that was to go for goal and, look, it was pure luck that it went in, Reid admitted.

"There was bodies there so I knew if I struck it somebody might get in the way and when there’s bodies there people are blocked off but, as I said, I just went for pure power.

"I struck it on the sweet spot and I couldn’t have hit it any better. As soon as I struck it I knew it was going in."

The last minute goal helped Shamrocks win a game, that looked highly unlikely for the most part but that’s what makes the Kilkenny side so special in that they never know when they are beaten .

For TJ and his teammates, they were just delighted that they found a way to win the game.

“It was just pure relief that we won because we were four points down before the penalty and then we were two behind again before the last goal.

“The goal won the game and that’s why hurling is the best game in the world.

“It was just pure delight at the end of the game but on the other side it was devastation for St.Thomas and that just showed you how much the game meant to them.

“St.Thomas were better than us on the day and we were very poor all over the field really and maybe the five weeks off didn’t really suit us.

Shamrocks are now one game away from completing a historic three in a row but they must improve for a clash with first time finalists Ballygunner.

“We’ve been on the road for a long time and maybe complacency crept into our game a bit today as everyone was talking about a possible final with Ballygunner.

“You can block it out as much as you want but sometimes it only takes something small for it to get into the group but at least we now know the next day that we need to be at our best as Ballygunner are coming into the final with some exceptional form”, added Reid.