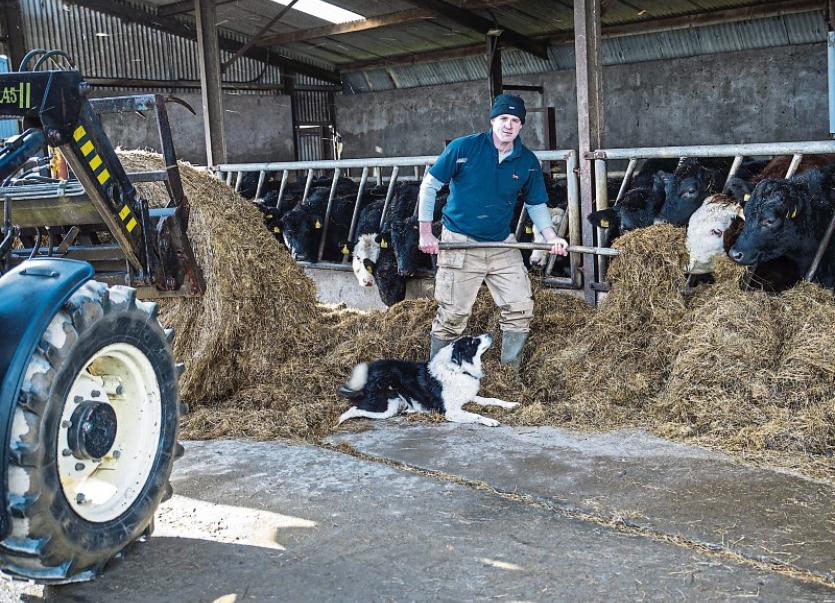 Cllr Emmett O'Brien at work on his farm

BEEF farmer and councillor, Emmett O'Brien says Taoiseach Leo Varadkar's comments that he is trying to eat less meat to reduce his carbon footprint "won't save ice caps but will sink beef".

Mr Varadkar said this week: “I am trying to eat less meat both for health reasons and for reasons of climate change.”

Cllr O'Brien said: “In some wild bid to quell rising sea levels, melting ice caps, extreme weather events and climate change Leo Varadkar, as usual, came out with glib and careless words of advice that cutting back on eating meat will improve our carbon footprint.”

The barrister pointed to the number of air miles clocked up by the taoiseach carrying out his duties.

“Aside from the obviously glaring fact that his recent overseas flights to Eritrea and Mali and his repeated trips to Europe leave a carbon footprint so large that cutting back on meat would only be a drop in the stew pot.

“His comments though betray the dismissive and condescending metropolitan attitude of the Fine Gael government ministers towards rural Ireland. During the summer we had Minister Eoghan Murphy having a great laugh at a herd of cows declaring he knew where almond milk comes from for his latte and Shane Ross continued assault on anyone in rural Ireland with a driving licence.

“The bottom line is the taoiseach and his trendy ministers are more interested in useless PR announcements and virtue signalling to social media activists,” said Cllr O'Brien.

The facts of the matter are thousands of people in rural Ireland and County Limerick are employed in the beef industry, he said.

“Outside of farmers you have butchers, drovers and factory workers, all sustaining families in rural Ireland. We have the best sustainable grass feed beef in Europe and as beef prices hit rock bottom and huge uncertainty over Brexit with huge tariffs looming in the face of a no deal Brexit Leo Varadkars comments were ill-timed, unhelpful and utterly contemptuous of rural Ireland.

“Cutting back on eating meat won’t have any impact on climate change when developed countries spew fossil fuels into the atmosphere but careless words will have a huge impact on our beef sector,” concluded Cllr O'Brien.