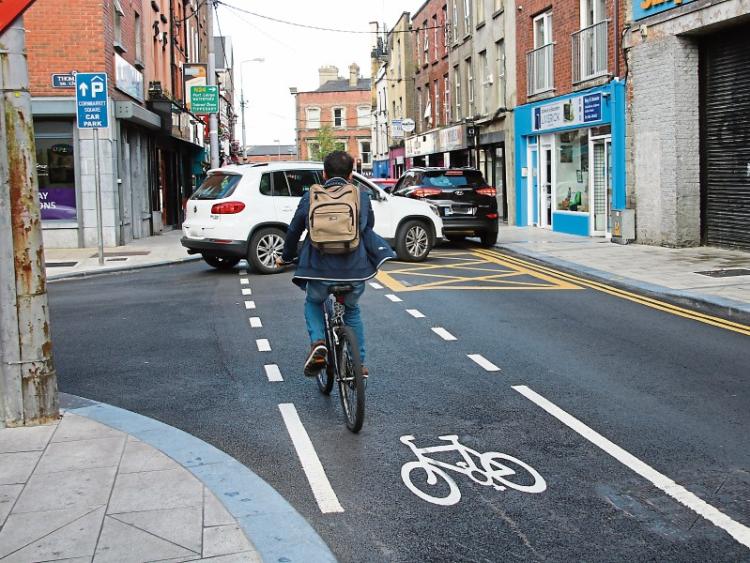 LIMERICK cyclists have expressed their concern at what they say is a lack of concrete detail in the Transport Strategy Advance Consultation Report.

Stakeholder groups in the Limerick area, including Limerick Cycling Campaign and the Limerick Cycle Bus, received the advance consultation report by the NTA and Jacobs/Systra shortly before Christmas.

This initial report outlines engagement with stakeholders in the early stages of the process.

Both Limerick Cycling Campaign and the Limerick Cycle Bus made submissions into this part of the Transport Strategy process.

“Limerick Cycling Campaign see enablement rather than promotion as key to creating a sustainable transport strategy. Any behavioural or mobility management plans should be scheduled to run after infrastructural improvements have been made,” said Mr Buckley.

“The lack of detail on developing a proper connected network is concerning. With our National Climate Action Plan calling for 10% of funding to be spent on developing cycling infrastructure a connected, coherent and safe cycle network needs to be a central pillar of developing a more sustainable transport environment in the Limerick/Shannon area,” he added.

Anne Cronin of Limerick Cycle Bus welcomed the report’s inclusion of “Safe Streets” and safe routes to school to enable children to cycle to school and reduce traffic congestion at drop-off and pick-up points.

Ms Cronin is one of a group of parents and children who cycle across Shannon Bridge every day to bring their kids to school.

“A dedicated and connected cycle network is key to the transport Strategy. For example, closing one of the inbound lanes of the Shannon bridge would transform the city providing better wellbeing for the city population from a transport and climate action perspective,” said Ms Cronin.

Mr Buckley noted the positive changes in the new Limerick Council in regards to cycling.

“Since last May we have seen an influx of councillors who have been excellent advocates and supporters of utility cycling in Limerick. In the recent Cycling Study Tour to Utrecht organised by IrishCycle.com, Limerick Council had one of the best attendances of any local authority.  Councillors and officials came back with a renewed energy.”

Meanwhile, an event showcasing transport alternatives in Limerick is to be held at City Hall next week.

The event will follow a 'Pecha Kucha' format where each presentation comprises 20 20-second slides.

The event is being held to strengthen conversation around the consultation for the Limerick Shannon Metropolitan Area Transport Strategy which is due to go for public consultation in early 2020.

It will take place at City Hall on January 21 at 7pm.