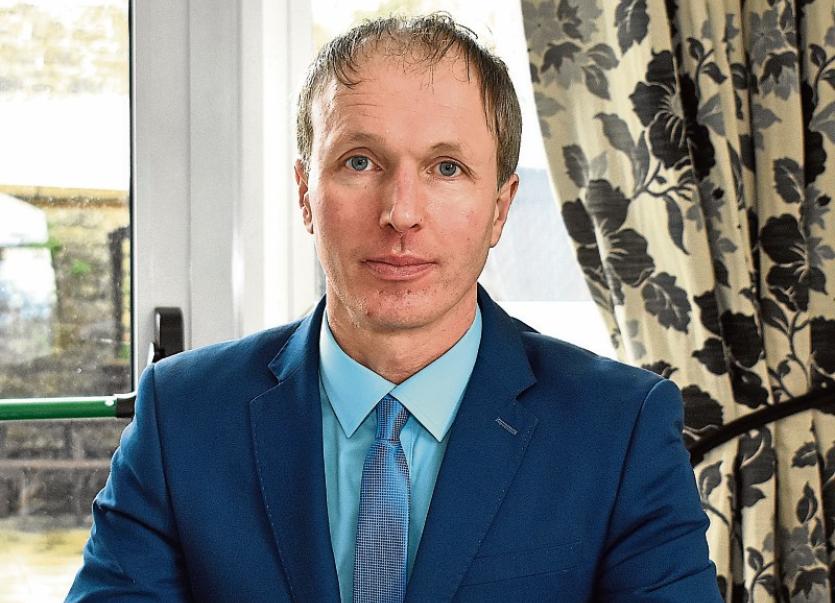 Why have you decided to run in local elections?

I see myself as a grassroots activist as opposed to a politician. I am involved in sporting clubs and organisations and I have seen first-hand the power of the local voluntary sector in delivering excellent services ranging from Meals on Wheels to Community Games support. I want to drive the Council to support the many projects that are required across the Cappamore-Kilmallock area. Last summer, in my capacity as Chairman of Kilmallock Athletics Club, I was successful in my proposal to the HSE to convert the abandoned tennis grounds in Kilmallock into a much needed athletics training grounds, which will be delivered entirely from voluntary support. This is Phase 1 of a much larger long-term project which will require active involvement in the Council. I intend to use this approach as a blue-print to transform other derelict sites into facilities for community organisations. This can be best implemented by someone sitting on the Council. This is why I have decided to run in the upcoming local elections.

As an independent candidate I will not be controlled by party policy or a whip system. I believe that the people of the Cappamore-Kilmallock electoral area have been let down both nationally and locally by our politicians. I intend to highlight and expose this cosy consensus.

The absence of a TD for many decades in the East of the county has led to an ever-increasing economic divide. As the West flourishes, the East stagnates. Practically all of the major factories in County Limerick are in the West of the county. A drive through the towns of Abbeyfeale, Askeaton or Newcastle West highlights this.

Facilities such as the proposed running track in Newcastle West and the new e-Hub in Abbeyfeale are exactly the facilities which are needed in towns across the county, yet these are not to be found in the towns of Eastern Limerick. This is directly the fault of politicians yet none of the Fine Gael or Fianna Fáil councillors ever speak of this.

It is unacceptable that people have better amenities and employment prospects in the West of the county. These elected TDs have a responsibility to represent all of their constituents equally. Local councillors have a duty to their electorate to speak about this unfairness instead of acting as cheerleaders for the TDs in question when a general election is called. I will not stand for this and neither should you.

A vote for me will send a strong message to these politicians, who have failed you, that your vote will not be guaranteed any longer. We have had Fianna Fáil/Fianna Gael governance for too long. It is time for change.

What is lacking in your area? What are you campaigning for?

The vast majority of people in this area are decent, law-abiding citizens who contribute in a variety of ways to society. Yet crime is a major issue for the people in this area. I personally know residents in local nursing homes who are capable of independent living but who are too frightened to live alone in their homes due to the threat of break-ins and robberies. How are the criminals allowed to get away with this and how can they be stopped?

Everywhere I go, issues of rural crime, anti-social behaviour and trespassing dominate conversation. Some people I meet don’t even report crimes anymore, due to a perception that this is futile. This means that the figures related to crime are even worse than the statistics suggest.

Crime must be tackled immediately. I feel it is the biggest threat to our society. Gardaí must be given the resources and new recruits they require, and courts must do their job as well, through consistent and timely sentencing. Examples must be made of these criminals when caught. Longer jail sentences must be handed down.

There must be deterrents, otherwise the situation will not improve, but only get worse. I will not be soft on crime or criminals. Another campaign priority is the provision of facilities for those with special needs. I am currently in contact with the HSE in relation to a soon-to-be vacant premises which I hope to convert into a recreational centre for children with special needs, specifically autism. This should include sensory rooms and play areas, and will be based on the Rainbow Centre in Cork.

Finally, I have seen the benefits of participation in sport, in relation to health, confidence and happiness.

I want to use my experience to promote athletics and other sports, and to ensure a healthy and bright future for our youth. This is why I would greatly appreciate your support on 24th of May.