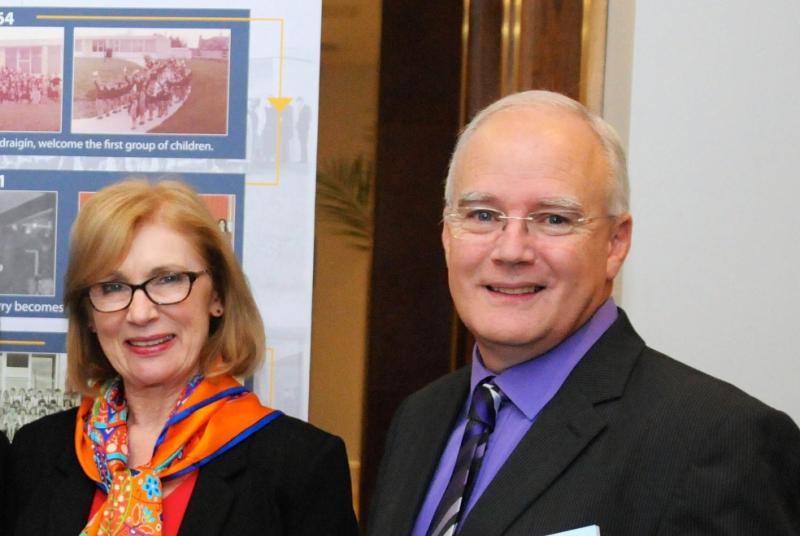 Former Education Minister Jan O'Sullivan has described Peter Long, who passed away over Christmas as someone who was completely committed to education' | PICTURE: PAUL MULLINS

A FORMER school principal has been remembered as a man who "gave every child the best possible opportunity."

There is sadness across Limerick following the passing on St Stephen's Day of Peter Long, who was the principal at Corbally's Scoil Ide for almost 30 years.

Tributes have been pouring in for the teacher, who educated generations of city youngsters, with one of the school's alumni, ex-Leader journalist Petula Martyn paying tribute to him on national radio today.

Former Education Minister Jan O'Sullivan, who lives in Corbally, and sent her children to Scoil Ide, said a number of people gathered outside the school this lunchtime to pay tribute to Mr Long as his funeral took place at St Nicholas Church.

"He was a wonderful school principal, and completely committed to education, to the children, to the school. He will be hugely missed. A very large number of people from the whole Corbally area and beyond would have gone to Scoil Ide during his time and would have benefitted from his leadership," she told the Limerick Leader.

Ms O'Sullivan recalled how, as a parent of children in the school, and a member of the parent's council, she "always felt confident in the way he ran the school."

"Subsequently, as a public representative, if there were any issues, I would always have been able to approach him, were it to do with the traffic in the road or something to do with a personal issue in relation to a family. He was always extremely approachable. The main thing about Peter is he was completely dedicated to education and giving every child the best possible opportunity," added the former City TD.

Ms Martyn, who stood in for Ryan Tubridy on RTÉ Radio 1, described him as "a great teacher".

As a tribute to him, she played N17 by Tolü Makay.

What a beautiful tribute to our late principal Peter Long by @petulamartyn on @RTERadio1 He did love that version of N17. Thank you Petula.

A number of other people also shared their thoughts on the popular principal through Twitter.

They included writer Helena Close, who wrote: "A lovely man. May he rest in peace."

Fiona O'Halloran added: "Such a kind, warm and witty teacher, my favourite. He left a lasting impression. We were lucky enough to meet him again as principal when my daughter started school."

"He was a great principal during my kids years," was how Paul Kilbridge remembered him.

And Conor Gibbons added: "So sorry to hear this. He was a lovely man, such a steadfast presence for students."

Peter, who was originally from Tuam in Galway, died peacefully, after a short illness, in Milford Care Centre

He was laid to rest at Castlemungret Cemetery following his funeral Mass in St Nicholas Church at Westbury this afternoon.