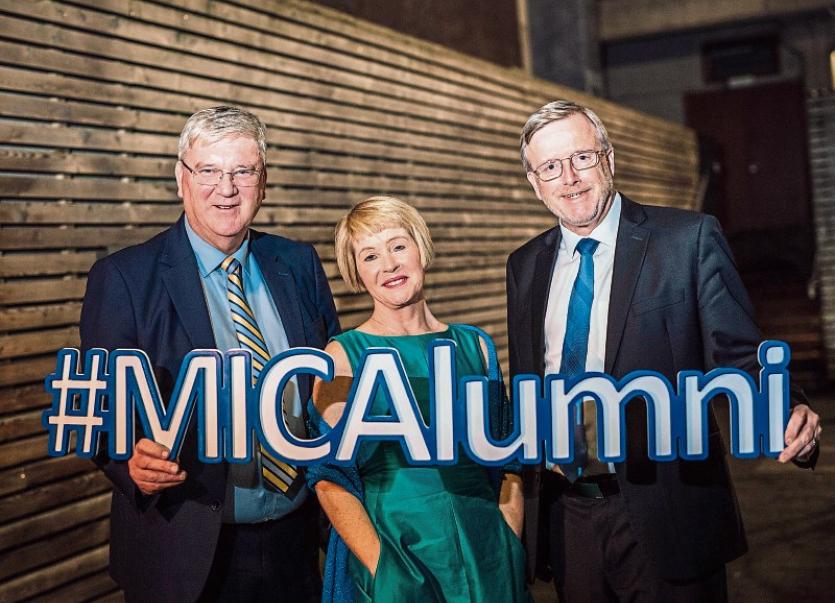 OVER 100 graduates and alumni from Mary Immaculate College have been recognised for their academic and other notable achievements, with over €100,000 being presented in scholarships and bursaries at the annual College Awards Ceremony.

Among the 130 people receiving awards was Limerick author Róisín Meaney who was the recipient of the MIC Alumna of the Year Award 2019.

Róisín, who was born in Listowel but is based in Limerick, graduated from MIC as a primary teacher in 1980.

To date, Róisín is the author of 16 novels for adults and two children’s books, and her works have been translated into several languages.

She is currently working on her next novel, which is due for publication in June 2020.

Twice a month Róisín tells stories to children in libraries, and she also visits schools through Poetry Ireland’s Writers in Schools programme to talk about the joys of being a writer.

Accepting her award Róisín said: “I’m absolutely delighted to be honoured in this way by MIC; the smile has hardly left my face since I got the news. It’s a wonderful and generous gesture by my Alma Mater, and I’m very thankful.”

The night also saw founder and Managing Director of Supermac’s, entrepreneur Pat McDonagh, receive the MIC Alumnus of the Year Award 2019, in recognition of his notable business achievements.

Congratulating all the recipients Professor Eugene Wall, president of MIC said: “Individually and collectively, all of our students, both current and graduated, whom we honour today embody our College’s mission - ultimately to make the world a better place through our ideas, our innovations and our engagement. They have the ability to develop and shape ideas that will make a positive and lasting impact on the world”. Professor Wall also announced details of MIC’s recently launched Sports Scholarships, including two elite scholarships valued at €4,000 each.