Tickets for Student Raceday at Limerick Racecourse 'like gold dust' 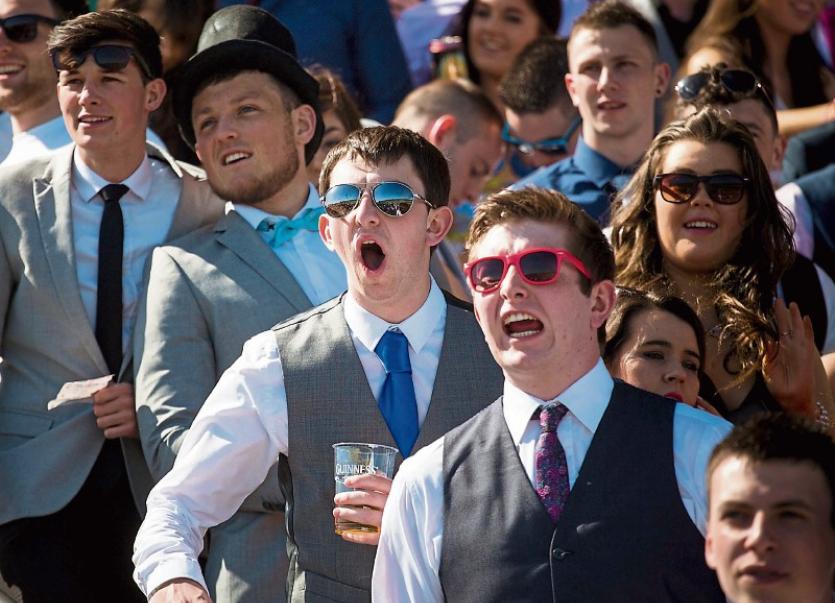 Punters enjoying a previous student race day at Limerick Racecourse. Tickets for this year's event are like gold dust

TICKETS for Limerick Student Raceday 2019 are reselling for over seven times the orginal price.

Student Raceday 2019 will take place on Thursday, April 11 and is expected to attract thousands of punters to the Patrickswell venue.

Tickets for the event went on sale on November 8, 2018 and were sold out on November 14, less than a week later.

They were initially selling for between €20 and €25, but are now reselling on social media for prices as high as €150.

The tickets are reselling on popular Facebook pages which are aimed at college students.

One admin of the page condemned the high prices in a public Facebook post, which contained pictures of the ticket seller asking for €150 per ticket.

One person was seen selling four tickets on a popular ticket reselling site, at €110 each.

Another site, Ticketswap, has over 80 people registered as looking for a ticket to The Student Raceday 2019.