Limerick’s Jetland the jewel in crown of Reynolds dancehall empire 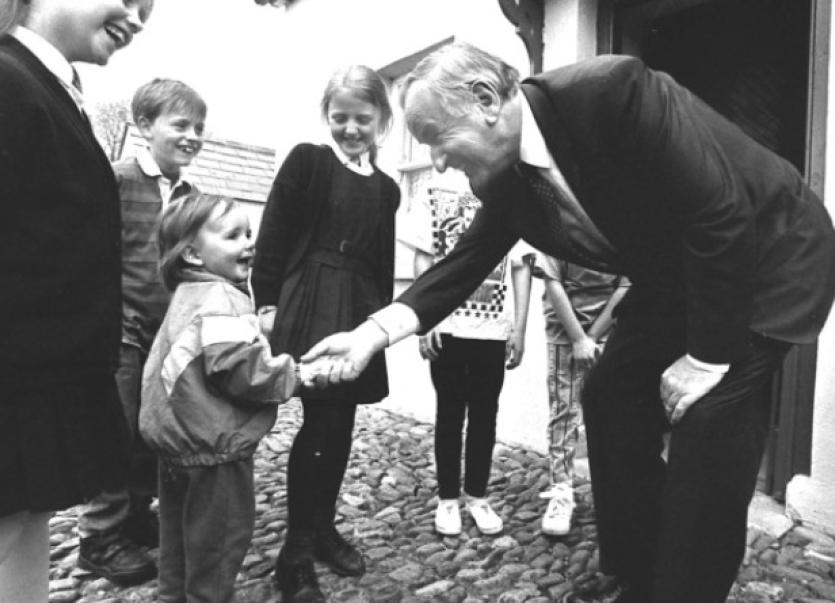 IT was on July 30, 1963 that Albert Reynolds expanded his dancehall empire to Limerick with the opening of the Jetland Ballroom on the Ennis Road.

IT was on July 30, 1963 that Albert Reynolds expanded his dancehall empire to Limerick with the opening of the Jetland Ballroom on the Ennis Road.

Brendan Bowyer and the Royal were the headline act on opening night and for the next decade “it was the place to be”, according to former county councillor Pat Fitzgerald.

“You would walk in and your shirt would be like glitter. The shirts would light up and the lighting system was such that the girls would have to be careful about the costume they wore as well,” he recalled.

Tony Browne, from Lifford Park, said it was “a typically cute move by Albert to build his dancehall just outside the borough boundary where the rates were lower”.

“There was no public lighting from the Ardhu all the way out but that didn’t stop the crowds going. Buses would come from all over the country. There was one night that Dermot O’Brien played there and there was a crowd of something like 5,500 in there when it was only licensed for something like 1,500.”

Mr Browne got one of his first jobs “in the mineral bar, the cloakroom and as a general dogsbody” in the Jetland. He remembered that dancing was off during Lent and when the church in Caherdavin was being built, staff would have to roll out an altar on the dancefloor to accommodate the congregation.

The former taoiseach, Mr Browne said, “gave good employment and the pay was good. I worked there from 1963 to 1967 and there were huge numbers employed”.

But Albert didn’t take a hands-on interest in the business.

“He had a fella called Maxie Muldoon, who is still alive and living in Dublin, running it for him. Albert would only show up every few months and most people thought Maxie owned the place,” said Mr Browne.

After Maxie’s departure, the Jetland was for a while run by Hubert Reynolds, a garda in William Street who Mr Browne said was also a relation of the former taoiseach.

“I remember him arriving in a Ford Prefect, a horrible boxy thing that you only drove because you didn’t like cars or were too miserable to buy a proper one. People would have heard of Hubert afterwards because he was more or less a personal bodyguard for the Pope when he came to Ireland in 1979.”

By then, the Jetland had closed [in 1972] “having lost its lustre when disco came in”, Mr Browne said.

But at its height, according to Mr Fitzgerald, the Jetland had “its pick of the bands because of the huge bargaining power that Albert and Jim Reynolds had through owning 10 or 12 dancehalls around the country”.

“They were the major players in the country and all of the bands had to play ball with them.”

He recalled that the former Taoiseach had once bought a site in Croom and put word out that he was building another hall there.

“It was on High Street where Colaiste Chiarain stands now. It was supposed to be in competition with the Olympic (Newcastle West) and Dromkeen by the way. But I don’t think he was ever that serious about building in Croom. He just wanted to keep the others out,” said Mr Fitzgerald, who was involved in the showband business himself.

“The Reynolds, you see, were great tacticians and they were buying this site to keep the others out, like the Americans putting army bases and muscle around the world to warn others off. ‘Don’t come near me; we’re building, by the way.’”