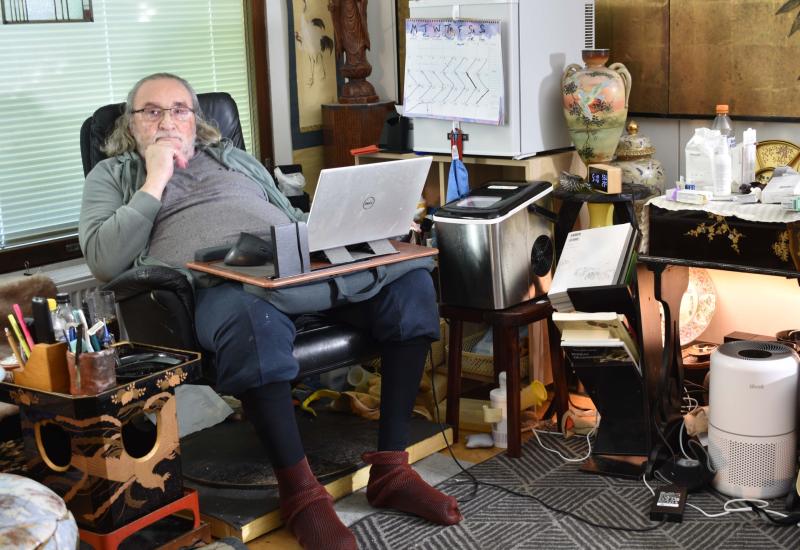 Thomas Regelski, 81, sued the HSE arising from his treatment at UHL in June 2019

AN INTERNATIONALLY acclaimed retired Professor of Music who claimed that a side-effect of treatment he received at University Hospital Limerick left him with severe mobility problems has settled his medical negligence action against the HSE.

The claim, which was settled without an admission of liability, was brought by 81-year-old Thomas Regelski, a retired Professor of Music arising out of his treatment at UHL for pneumonia in late June 2019.

He claimed that the hospital was negligent by administering him a combination of medication that he alleged caused the tendons in his legs to rupture, leaving him with permanent severe injuries, and requires the use of a wheelchair to get around.

The HSE had denied that it had been negligent in its treatment of the plaintiff.

Mr Regelski, a US national who resides in Helsinki, Finland was for many years a Professor of Music at a New York university. He also taught music at prestigious universities in Japan, Finland where he was a Fulbright Scholar, and at Harvard University.

He was holidaying in Ireland when he was admitted to the hospital for four days on June 22, 2019.

Mr Regelski claimed that after being diagnosed with pneumonia he was treated with several different antibiotics, including an antibiotic called Levoflaxin, and various steroids.

He claimed that arising out of the medications administered to him while he was in hospital in Ireland, resulted in the bilateral rupture of his Achilles Tendons.

It was claimed that both national and European guidelines advise against the use of a Levoflaxin and steroids combination in persons over 60 years of age.

This, he alleged, was due to the risk of adverse reactions, including tendon rupture, especially in his age group.

Represented by Philip Sheahan SC, with Liam Carroll Bl, instructed by solicitor John Lynch,  he sued the HSE for medical negligence over the catastrophic injuries he claims he suffered as a side-effect of his treatment.

He claimed that due to the alleged negligence and the damage done to his tendons he has been largely confined to a wheelchair and has extremely limited mobility.

In its defence the HSE denied the claims and had argued that he was not entitled to any damages.

The matter was briefly mentioned before Mr Justice Paul Coffey on Tuesday, who was told that the action had been settled, and that the claim could be struck out.
Details of the settlement are confidential.

The settlement brings to an end litigation brought by Mr Regelski arising out of his treatment in Ireland.

In an earlier separate, but related, action he brought judicial review proceedings over the Minister for Social Protection's failure to provide him with a Personal Public Service number.

He required a PPS so he could bring his medical negligence claim against the HSE and had claimed that the Minister's failure to provide him with the PPS was a breach of his rights.
That action was resolved in his favour out of court.

In a statement issued following the conclusion of this Tuesday's hearing, Mr Regelski said: "I suffered a rare complication associated with two medications in the form of a bilateral Achilles Tendon rupture. I now find myself mostly confined to a wheelchair."

The plaintiff added: "It was with great reluctance that I had to issue legal proceedings. These proceedings have now settled in a manner that allows me to avail of the care I need for the rest of my life. My only hope is that lessons may be learned by the HSE that will prevent what happened to me, from happening to others."

Mr Regelski also thanked his legal team for "bringing this matter to a conclusion on my behalf."