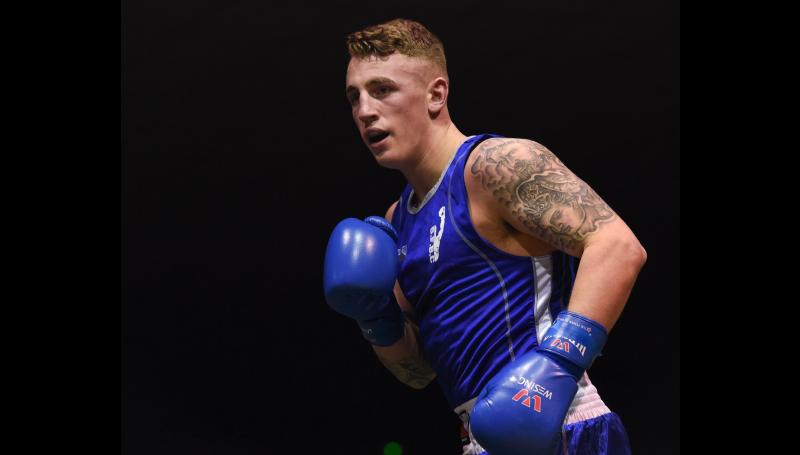 Kevin Sheehy was murdered by Logan Jackson on July 1, 2019

A PETITION to stop the transfer of a Limerick boxing champion’s murderer to a prison in the UK is attracting thousands of signatures.

Logan Jackson (31), of Longford Road, Coventry, England was convicted of the murder of Kevin Sheehy on the night of July 1, 2019.

On Tuesday, Kevin’s mother Tracey Tulley told listeners of Joe Duffy’s Liveline on RTÉ Radio 1 that she was informed that her son’s killer is due to be repatriated to a prison in his home city in the UK.

She has vowed to overrule this decision, which she was told “was out of the gardaí’s hands”, five months on from the final sentencing of Logan Jackson.

“We Kevin Sheehy the murdered victim’s family believe this murderer committed this crime in Ireland and therefore should see out his time in an Irish criminal facility,” a statement on the newly formed online petition reads.

Why should he be awarded the comfort of being in his home country with easy access to family visits, they questioned.

Logan Jackson is due to be repatriated to a Coventry prison on June 7, 2022.

Tracey told listeners that there has been “no consultation” with Kevin’s family leading up to the decision to transfer Mr Jackson.

“I was told by gardaí at the beginning of the trial that I wouldn’t have to worry about this for 10 years,” she said live on air.

Asking for 2,500 signatures to draw attention to the issue, the family has said that the Justice System in Ireland has “let them down.”

We Kevin’s family were not even notified of Logan Jacksons request, they stated.

“Grieving families of Murdered Victims should never have to go through this trauma a short 5 months after a gruesome trial.

“There is no empathy or thought for the trauma that grieving families go through by the Justice System,” the statement on the petition reads.

The family are asking that, going forward, other families are involved in transfer requests and that more help and guidance is given to “stop these extractions.”