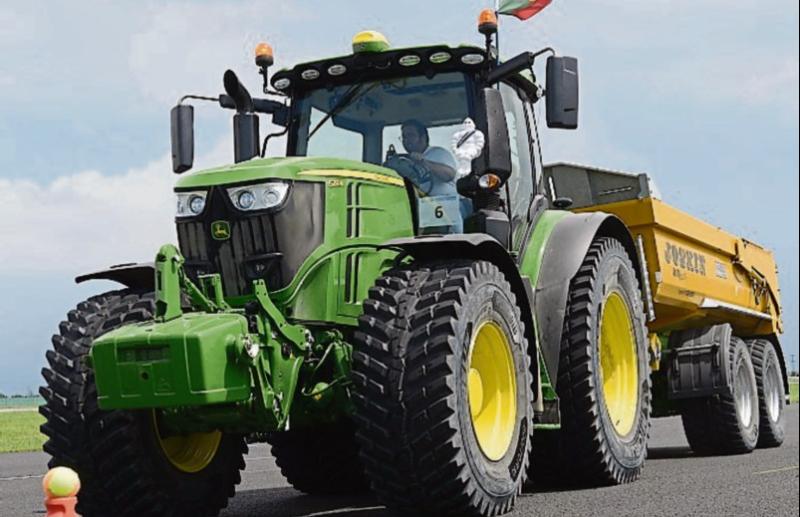 THE DANGERS Limerick road users face when overtaking tractors in silage season was addressed by members of the force in one county district.

A collective call was made for tractor drivers to pull in from main roads at busy times at a Joint Policing Committee (JPC) meeting for the Cappamore-Kilmallock Municipal District.

Cllr Eddie Ryan cited an incident where he found himself tailing a tractor with a reversible plough for up to 10 miles towards Limerick city, along with an estimated 40 other cars.

“This was bordering the ridiculous,” he said, adding that the individual travelled from Garryspillane to Hospital, forcing car drivers to overtake at “bad spots.”

Inspector Pat Brennan, stationed in Bruff, stated that a complaint must be made with respect to tractors driving dangerously on the road.

“There is an offence to drive without due care and attention, it doesn’t matter what vehicle you are in. However, we need people to make a formal complaint,” he added.

Cllr Michael Donegan questioned whether dashcam footage, evidencing dangerous or careless driving on roads can be submitted to An Garda Síochána.

Inspector Brennan informed that the traffic watch system can be used to report a dangerous driver, with the option to send footage to the local area for investigation.

“A local member would then be assigned to investigate the incident and bring it to a conclusion,” he said.