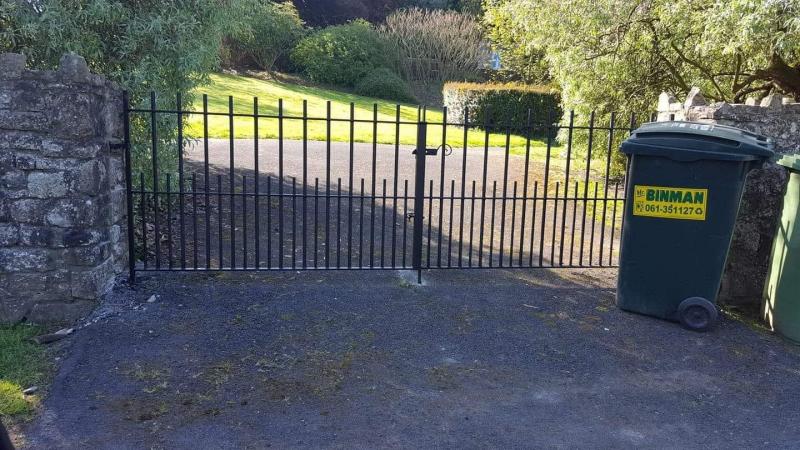 GARDAI are investigating an incident of theft after steel gates were stolen from the entrance to a public park in County Limerick overnight.

The gates were taken from Ballingarry Park on Tuesday night and there are no CCTV cameras in the area.

Cllr John O'Donoghue has appealed to the public to share a picture of the gates so if someone comes across them they would recognise them.

The gates were specially made for the park after being funded with monies from Cllr O'Donoghue's General Municipal Allocation. They were only installed earlier this year.

Cllr O'Donoghue is appealing to anyone who knows or saw anything to contact the gardai.

"The lack of gates leaves the park unsecured and unsafe toward the pump house end. Please mind your children and dogs as the park opens onto the road at this point and traffic can be fast along this stretch."

Gardai have confirmed to the Limerick Leader that they are investigating an incident of theft at the town park.

"Gardaí received report and are investigating an incident of theft at the Town Park, Ballingarry, County, Limerick on December 1, 2021. Steel gates were stolen from the park.  Anyone with any information is asked to contact Gardaí in Newcastle West on 069 20650 or any garda station," said a spokesperson.