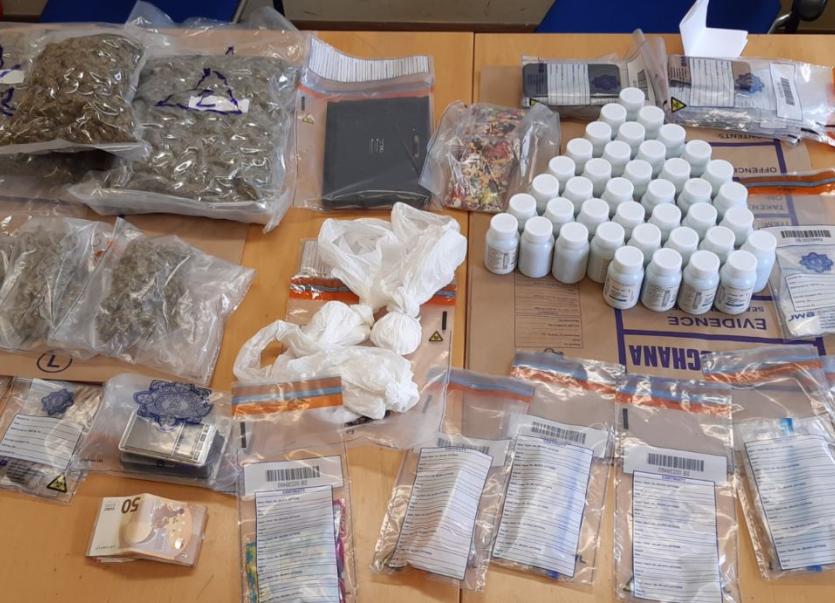 The drugs, cash and phones were seized during a search operation this Friday

GARDAI have arrested a man following the seizure of an estimated €124,500 worth of suspected cannabis herb, cocaine and tablets following a search in County Tipperary.

Gardaí from the Tipperary Drugs Unit, the Tipperary District, the Cork Dog Unit and Customs officers carried out a search in the Dundrum area shortly after 11am this Friday morning.

"This search resulted in a seizure of cannabis estimated to be worth €60,000, cocaine worth €24,500 and tablets valued at €40,000. The drugs seized will now be sent for further analysis. A number of phones and a sum of cash were also seized," said a garda spokesperson.

A man, aged in his 20s, was arrested in connection with the search. He was taken to Tipperary garda station where he is currently detained under Section 2 of the Criminal Justice Act 1996.