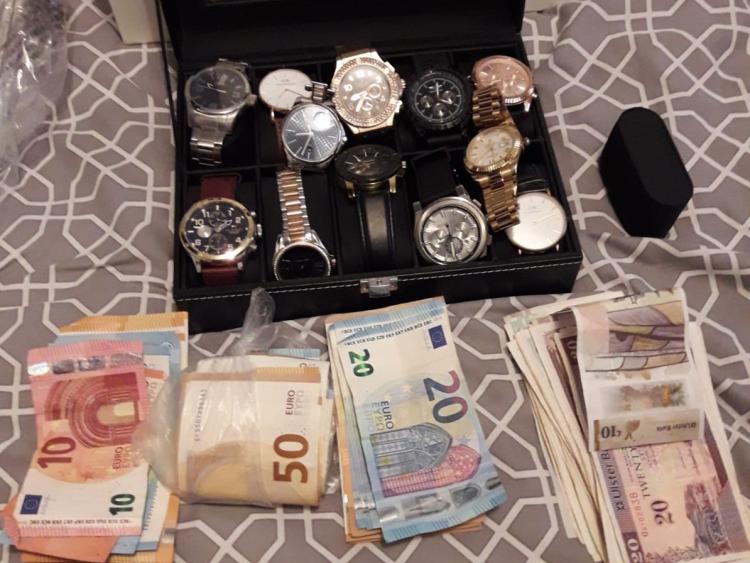 A SIGNIFICANT amount of cash and 12 luxury watches have been seized during an operation targeting criminal elements who are suspected to be involved in the sale and supply of illegal drugs in Limerick.

Bank accounts containing €58,000 were frozen as part of the operation which was conducted by members of the Criminal Assets Bureau.

"The search operation consisted of the search of three residential dwellings and one business premises, with assistance being provided by members of Detective Unit in Limerick. The searches were conducted under CAB Warrants," said a garda spokesperson.

In addition the cash which is held in the frozen bank accounts,  €2,450 in cash was seized during the searches along with £550 in sterling

Twelve luxury watches, including a Rolex, a Hublot and a Breitling were also seized along with various financial documents,

No arrests were made and investigations are ongoing.

During CAB operation in Limerick this morning targeting a group suspected to be involved in the sale and supply of drugs in the area - cash and watches were seized and €58k was frozen in accounts. pic.twitter.com/IHq1YKfUE4