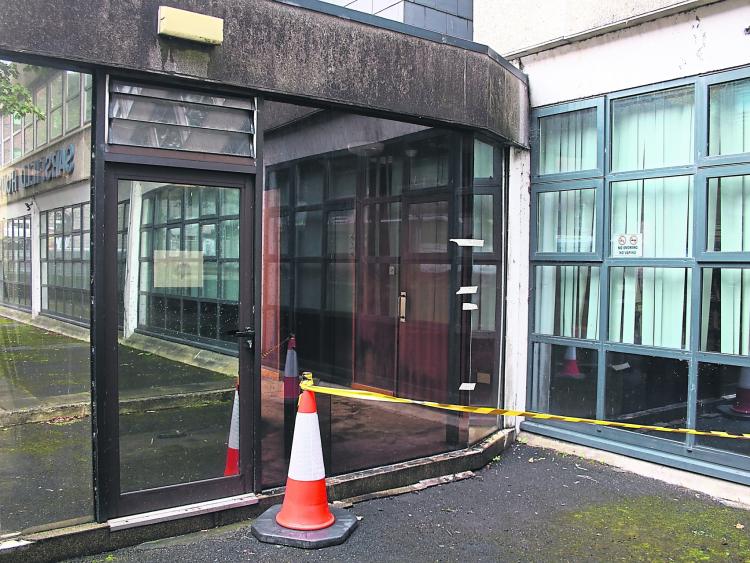 GARDAI ARE investigating a spate of break-ins at public buildings and private businesses across the weekend.

There was also vandalism at the tax office in Sarsfield House in Francis Street, with a spokesperson for Revenue confirming one of the windows and doors was damaged.

And Pizza Planet, in Raheen’s Courtfields Shopping Centre was also targeted. It’s understood a second small businesses in the vicinity was hit by vandals.

The incidents have been condemned by Fine Gael councillor Daniel Butler, who said attacks like these, on small firms, are things that can “make or break” a business and “cost jobs.”

A spokesperson for the council confirmed the break-in at its Dooradoyle offices, which was reported at 6.30am this Monday.

“A significant amount of damage was caused to the cash office on the ground floor. Nothing was taken in the incident, which is being investigated by gardaí,” they said.

A garda spokesperson also confirmed offices from Roxboro were dispatched to the scene.

They added: “A glass door belonging to the property was damaged but no items have been reported stolen as of yet.”

Elsewhere, windows were smashed on the front of the tax office in Francis Street in the early hours of Sunday morning as assailants attempted to gain access.

The garda press office also confirmed that officers responded to an incident at Pizza Planet at around 1.30am on Saturday morning.

“Criminal damage was caused, but no property was reported stolen,” they added.

Cllr Butler said: “We’ve had this before where they have targeted properties. They would enter properties and probably find there is no cash, and probably cause more damage in terms of financial loss to the business. It’s worrying because small businesses are struggling to survive as it is. It’s the last thing they need. We’re heading into a busy season, and the retail market finds it hard without the costs on top of this. Things like this can make or break a business and cost jobs.”

He added the break in at County Hall “shows a level of neck” due to the enhanced security in place.

The City West member believes the assailants may have used the motorway to make a quick getaway.