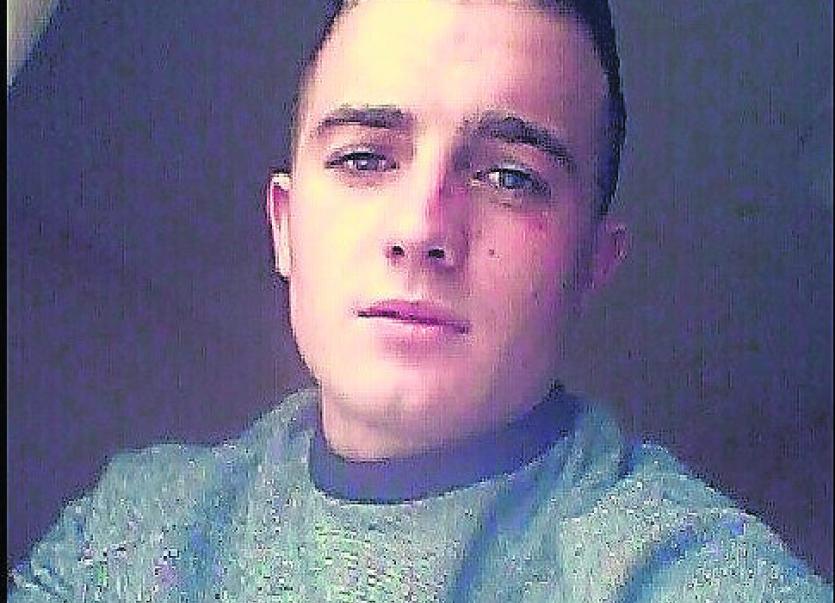 The late Jamie Higgins, from Mungret, will be laid to rest this Thursday

GARDAI in Shannon are treating the death of the young father Jamie Higgins as a murder, it has been confirmed this Wednesday.

Jamie, aged 23, was stabbed to death during an altercation at Shannon Knights Nightclub in the early hours of Sunday morning.

The father-of-one, from Mungret, will be laid to rest on Thursday morning at Castlemungret cemetery, following a funeral Mass at St Nessan’s Church in Raheen at 2pm.

Jamie was pronounced dead shortly after being brought to University Hospital Limerick, while another 22-year-old man was brought to UHL but his injuries are understood to be not life-threatening.

In a statement on Monday afternoon, gardai said: “A 19 year-old man arrested in connection with the death of a 23 year old man on March 18th in Shannon, Co. Clare, has been released without charge and a file will be prepared for the Director of Public Prosecutions.”

Inspector John Ryan, of Ennis garda station, said they are appealing for anyone in the Limerick and Clare areas who may have information in relation to the incident to come forward.

“We have a number of people to interview in the Limerick and Clare areas in relation to it, and we will be sending a file to the DPP.”

Insp Ryan added: “As far as we are concerned it’s a murder investigation.”

Jamie is very deeply regretted by his parents Sharon and Liam, sister Leanne, brothers Calvin & Scott, his partner Jade and son Jay, all other relatives and friends.

Jamie is reposing at Cross' Funeral Home, Gerald Griffin Street, this Wednesday from 2pm to 4pm. Arriving at St Nessan's Church, Raheen at 1.30pm on Thursday for 2pm Requiem Mass with funeral afterwards to Castlemungret cemetery.

Gardaí in Shannon are appealing for witnesses or anyone with any information and in particular would like to speak to anyone who was in the Shannon Knights Night Club last night the 17th/18th of March to contact them in Shannon on 061 365900, the Garda Confidential Line 1800 666 111 or any Garda station.