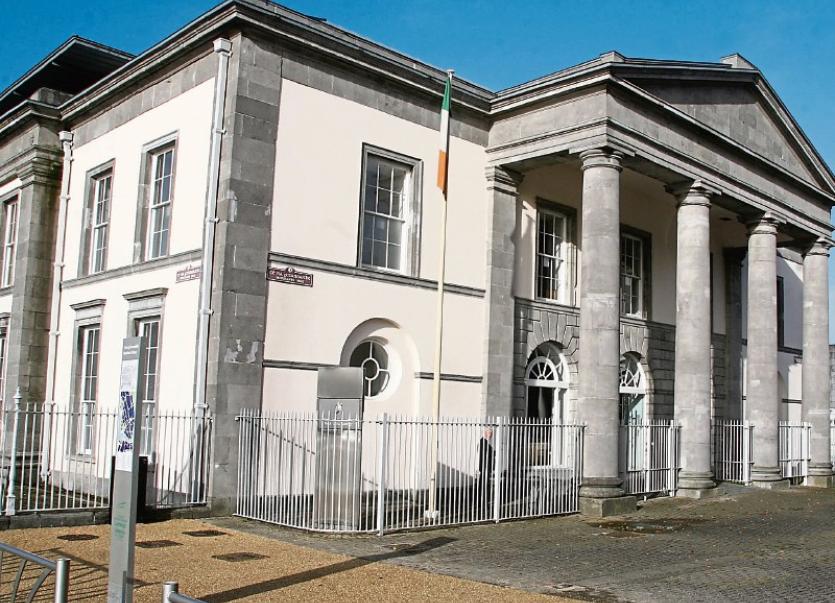 The trial is being heard at Limerick Circuit Court

A WITNESS in the retrial of a man accused of falsely imprisoning two young men more than five years ago has been warned he may go to prison if he does not give evidence in the trial.

Judge Tom O’Donnell urged Niall Reddan to seek legal advice after he told the prosecuting barrister he was refusing to give evidence.

It is alleged the 26-year-old was one of two young men who were kidnapped from a house in Castletroy and taken to another house on the outskirts of the city on August 19, 2012.

Opening the State case at Limerick Circuit Court this Wednesday, John O’Sullivan BL, prosecuting, told the jury of six men and six women it will be alleged the defendant and two others falsely imprisoned Stephen Cusack and Niall Reddan as they were watching television.

He said two masked men, one armed with a gun and the other with a knife, forced their way into the sitting room of the house at Caislean na hAbhainn and tied their hands with cable ties.

The court was told they were put in the back of a pick up truck, where a third, younger male watched them.

They were then driven to a derelict house at Killonan, Castletroy.

It is the State case that the motive for the offence was to extort money from Mr Cusack's mother who is the Postmistress in Garryowen.

When pressed by Mr O’Sullivan and by Mr Coughlan-Ryan, who is defending himself, the witness stated: “I’m refusing to give evidence, I’m saying nothing.”

At this point Judge O’Donnell interjected and cautioned the witness.

He told Mr Reddan he risked being found in contempt of court and that there “may be consequences” if he maintained his position.

Addressing him directly, he said: “I would suggest you get some legal advice regarding your stance.”

Mr O’Sullivan said it was a “very serious matter” which potentially could see Mr Reddan being sent to prison.

Earlier the trial heard evidence from the second alleged victim Stephen Cusack and from his father, Patrick Cusack Senior.

The trial is due to resume this Thursday morning.