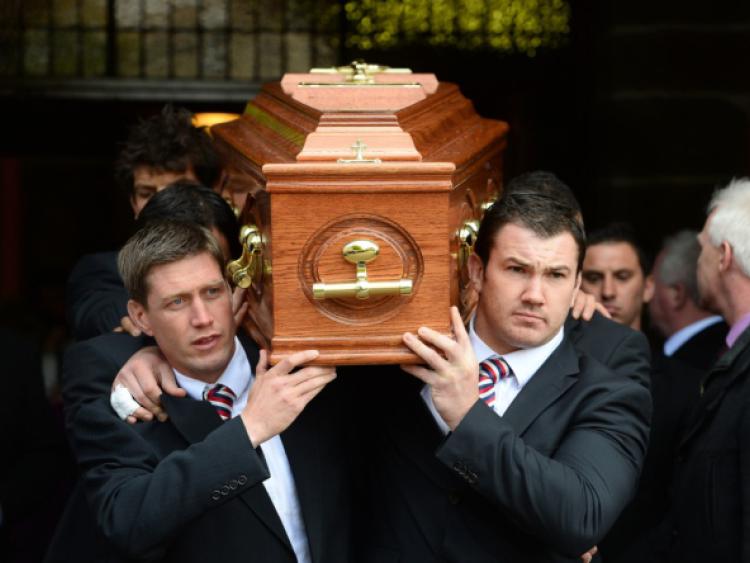 THE father of the late Donal Walsh says the reaction to the RTE documentary on his son’s life has been “phenomenal”.

THE father of the late Donal Walsh says the reaction to the RTE documentary on his son’s life has been “phenomenal”.

Donal Walsh - My Life, which aired on New Year’s Day, provided a deep insight in the life of the student from Tralee who lost his battle with cancer last May, aged 16. The story was told in Donal’s own words, as well as those of his family and close friends.

According to Donal’s father, Fionnbar, who is native of Knocklong, the family and a number of Donal’s closest friends sat down for supper together at his Blennerville home before watching the RTE documentary which was trending worldwide on Twitter.

“We sat down together, had supper and watched it. The main participants were with us or in contact with us,” said Fionnbar.

“The reaction has been phenomenal. It’s just unbelievable to see the interest. I certainly didn’t understand what the term trending was until he did his first interview but I’m very much aware now of what it means,” he smiled.

While Fionnbar said there were some tears shed as they watched the programme, the family were prepared, as they had seen a preview of the documentary the week previous.

“It was well put together. It was balanced - it showed the happiness and the fun side of Donal as well as the seriousness of his message.”

Donal’s mother Elma, sister Jema and his closest friends are, Fionnbar said, “doing as well as we can”.

“We cope most days. There are good days and bad days. Some days he sneaks up on you and it gets very emotional and then other days you find he is laughing at you - a 50-year-old in lycra going up mountains on a bicycle, then I know he is laughing at you,” Fionnbar smiled.

“We all have good days and bad days. As Cormac [Donal’s friend] said it is very hard to walk past the house of your best friend and not be calling in to talk to him.”

Among those featured on the documentary were Munster and Ireland rugby star Paul O’Connell.

“The whole Munster squad and the IRFU got behind Donal early on,” said Fionnbar.

“They realised he was something special. He built friendships very solidly and those who were his friends, were really his friends. Paul and himself would shoot the breeze. They might have lost a game but Donal would give him a positive outlook.”

Donal, who passed away last May, had been battling cancer since he was first diagnosed four years previously.

Last March he wrote an impassioned letter to young people urging them to think twice about suicide and ask for help.

The next event being organised in Donal’s memory is the Live Life Walk which will go from the Aviva stadium in Dublin to Thomond Park in Limerick from February 2 to February 8.

“It is leaving the Aviva with the Scotland/Ireland game and arriving in Thomond Park for the Munster versus Cardiff game. It is being done by the transition year students from Tralee - from two schools, Mercy Secondary School Mounthawk and CBS The Green which was Donal’s school. “It is to keep the message alive. We are going to visit schools en route. We are staying with the rugby clubs in each town on the way down. We are taking the old Dublin to Limerick road and we will be stopping in each town, staying overnight and covering 20 miles a day.”