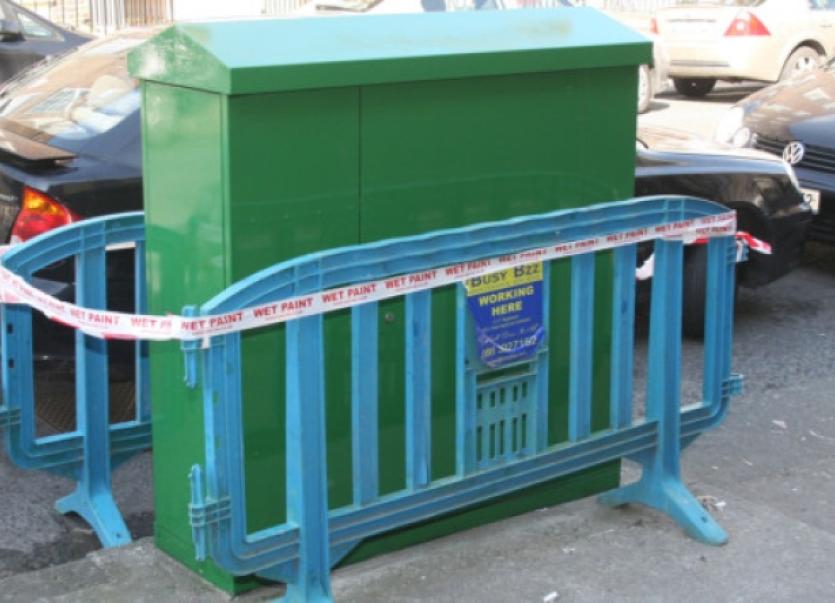 CABLE junction boxes in the city centre received a much needed facelift over the weekend.

CABLE junction boxes in the city centre received a much needed facelift over the weekend.

Limerick City Council’s economic development unit has teamed up with ESB, UPC, and the Limerick City Art Gallery to give the traditionally grey, dull boxes a new lease of life.

The project saw the cleaning and upgrading of service junction boxes.

Each will be cleaned down and repainted in an artistic way by the City Art Gallery.

Mayor Gerry McLoughlin said the painting will “bring a more colourful artistic atmosphere to the street”.

Paul Foley, of Limerick City Council, added: “We are grateful to UPC and ESB for giving us access to the service junction boxes and to the Art Gallery who will work on the artistic presentation of these units on Catherine Street and Little Catherine Street.”

He added that if the pilot is determined to be successful, more junction boxes in the city will be painted.

“It’s just something different on a small scale that we are trying with some of the service providers to improve their junction boxes in the city and we are hopeful that it will add to the general ambience and atmosphere,” said Mr. Foley.

The action comes hot on the heels of a graffiti blitz from City Hall.

The council removed numerous applications of graffiti in various parts of the city centre.

The first shop to benefit from the clean-up was Mike O’Connell’s Menswear in Catherine Street.

Proprietor Mike O’Connell says the action has worked - for the time being.

“A lot of people have mentioned that it was a great thing the council did. Sadly, a tag was back up there again on another shop this morning. It is a case of so far so good for me,” he told the Limerick Chronicle.