In Pictures: What began in Ethiopia ends in Athea - popular Limerick priest retires 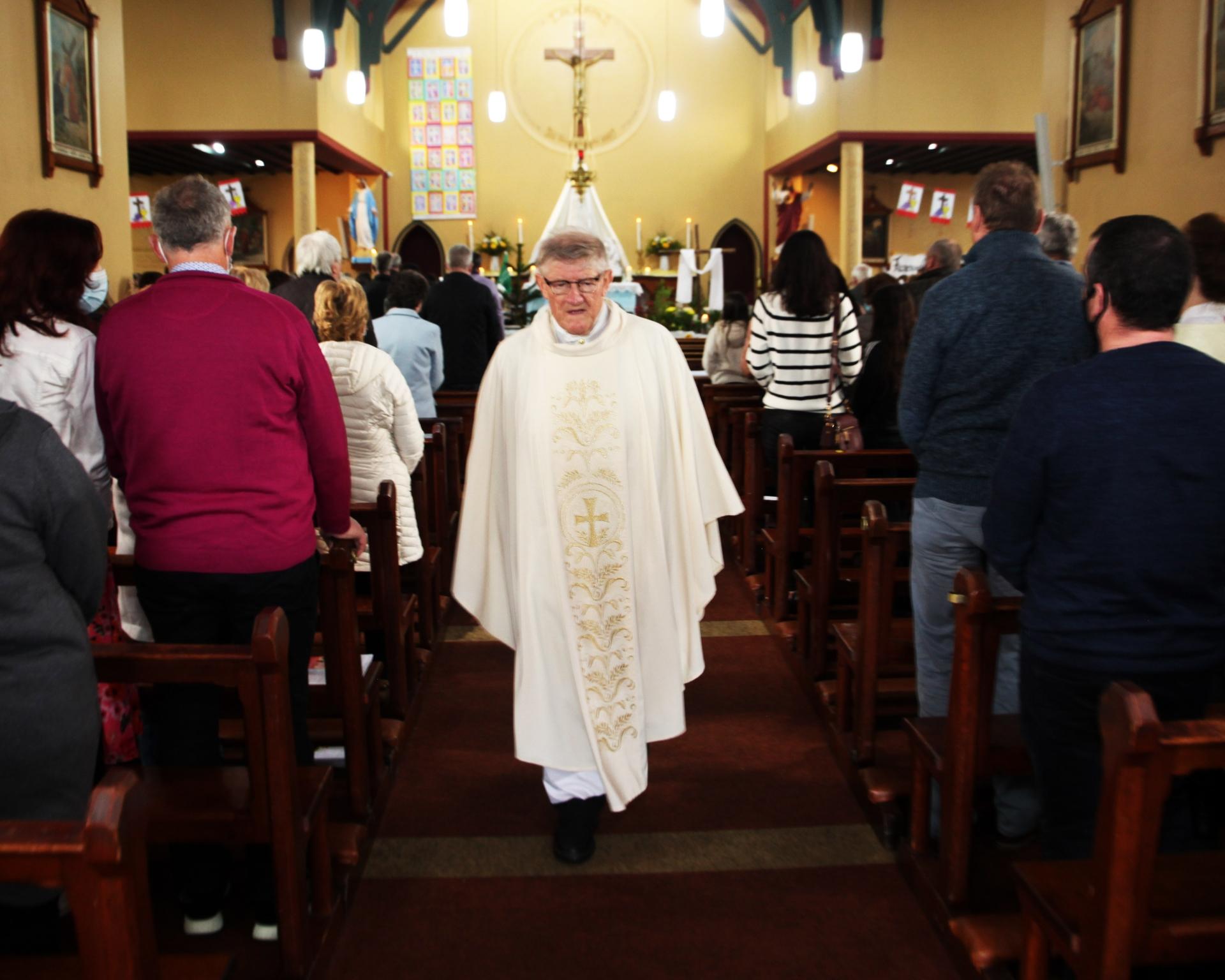 AFTER Fr Brendan Duggan was ordained in Cappamore on June 21, 1975 he began his ministry in Ethiopia.

Forty seven years later he has retired as parish priest in Athea. In between, the 75-year-old Holy Ghost Father worked in Rockwell College, Kenya, America, Canada and closer to home in Monaleen.

The proud Cappamore and Limerick man has returned to Rockwell as bursar of St Joseph’s which is a retirement community. But due to the shortage of priests they hardly ever fully retire and Fr Duggan has vowed to return on occasion to the West Limerick parish.

He got a warm send-off at a farewell Mass in Athea.

“I am there five and a half years. It’s a lovely parish with lovely people. They gave me a beautiful painting which was nice. I was very active. They also gave me a small monkey puzzle tree as a going way present. I planted it here in Rockwell,” said Fr Duggan, who thanked his former parishioners in Athea and Bishop Brendan Leahy.

There will be a permanent reminder of him as he planted a rare monkey puzzle tree in front of the church last year.

Fr Duggan came a little later than normal to the priesthood after solving what he wanted to do in life.

“I did a science degree in UCD and I gave two years teaching in Rockwell College before going to Kimmage Manor (Irish headquarters of the Holy Ghost missionary society). I was 28 when I was ordained,” said Fr Duggan.

He says he was drawn to this life because he was impressed by a number of priests. And, of course, his late brother Paddy was a Holy Ghost missionary.

“I started off in Ethiopia, in the south near Kenya. I was there less than a year. I got malaria and I got complications so I had to come back. There was a war going on at the time. The big famine came a few years later. I was there in 1977 / 1978,” said Fr Duggan, who spent the next 15 years in Rockwell College teaching as well as being the dean.

After Rockwell he travelled abroad again to serve in the formerly communist East Germany for three years and then Kenya for five.

“Then they asked me to do fundraising for the missions in America and Canada. I did fundraising all over - I would fly or drive. I was chaplain to the young Irish illegal immigrants in New Jersey for five or six years. I was in charge of the Irish Apostolate in Brooklyn, New York also," said Fr Duggan. But home was calling.

Following his retirement, it gives Bishop Brendan Leahy another almighty puzzle to solve but he doesn’t have many pieces to play with.

What does the future hold with regard to the lack of priests?

“I don’t know if I can answer that question. A lot of changes have to be made. Lay people have to be far more involved. There are a lot of parishes that have no priest,” said Fr Duggan.

If he had his time back again would he do anything different?