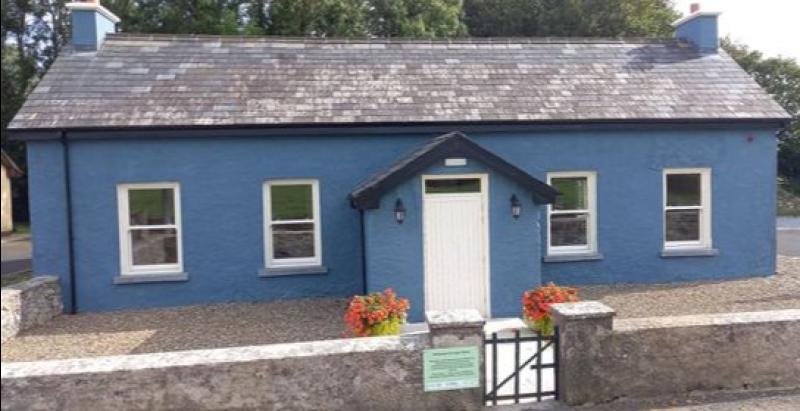 THE Carnegie Library Community and Heritage Centre in Ballysteen has been named as Best Community Project in Munster in a competition organised by the Urban Land Institute in partnership with property specialists CBRE.

The library building, dating from 1908, was once at the heart of the community in Ballysteen serving as  library, meeting room, dance hall and even school.

But it fell into disrepair until a new committee, headed up by Siobhán Costello, took on the mammoth task of acquiring it, extending it and completely refurbishing it over the past three years.

The library, as it is affectionately known in the locality, was officially opened earlier this month and there was delight this week that this project, so close to the hearts of many, has won an award.

“We are delighted,” said Siobhán Costello, chairperson of the project group. “It is great to have all the work done over the past years recognised and acknowledged. We are a small community and we are very proud of what has been achieved. This award just adds to our sense of achievement.”

The ULI Excellence in Placemaking Awards were established a number of years ago to “reward organisations and communities throughout Ireland that make genuine efforts to improve their local communities through the initiation of placemaking projects that add to the public realm and make these places better places in which to ‘live, work and play’”

The island-wide awards, tie in with some of the key objectives of the Urban Land Institute said its chairman  Kevin Nowlan,

The judges for this year’s award included  planners, architects and  academics and the internationally renowned architect, urban designer and planner Daniel Ringelstein.

“It is so important for the future of our built environment that we understand and champion great placemaking and sustainability efforts,” said Myles Clarke, managing director of property consultants CBRE Ireland, who sponsored the competition.”

The Abbey Quarter Riverside Garden and  Skatepark in Kilkenny was  this year’s overall winner.