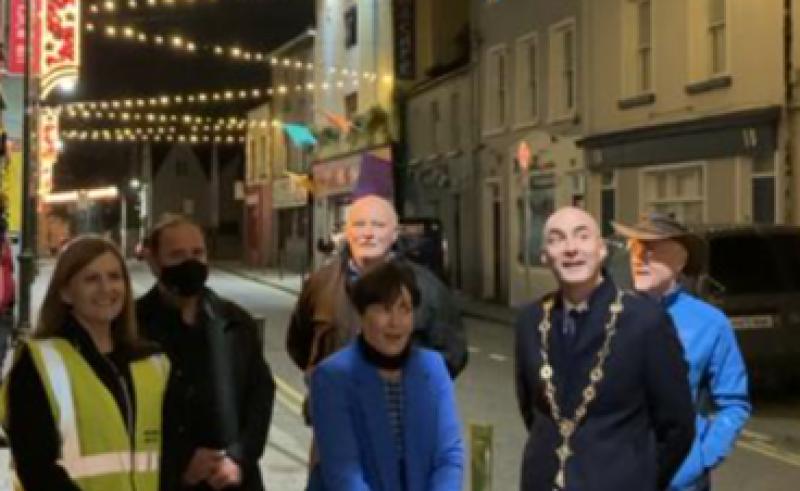 THE Mayor of the city and county of Limerick, Cllr Daniel Butler, was on hand for the official turning on of new street lights at Nicholas Street in the heart of the city.

The project, which was led by Catherine Caball of St Mary's Cathedral, was supported by Limerick City & County Council and Limerick Tidy Towns.

The lighting, a welcome addition to Limerick’s Medieval Quarter, was installed by Folyn Electrical and was financed through a generous grant from Electric Aid.

The project, which first began in 2019, also included the painting of a significant number of buildings on one of Limerick’s oldest streets.

Commenting following the switching on of the lights, Rev'd Niall J. Sloane, Dean of St Mary's Cathedral said: "I’m delighted to see this project come to fruition and want to place on record my deepest thanks to both Catherine and Electric Aid who made it all possible. Nicholas Street is one of the most important streets in Limerick, it stands at the heart of the Medieval quarter. This lighting, in addition to the painting that recently took place, create a warm and welcoming atmosphere to tourist and
local alike. I encourage people to come and see the good work that has taken place and take time to
enjoy this beautiful part of our city".