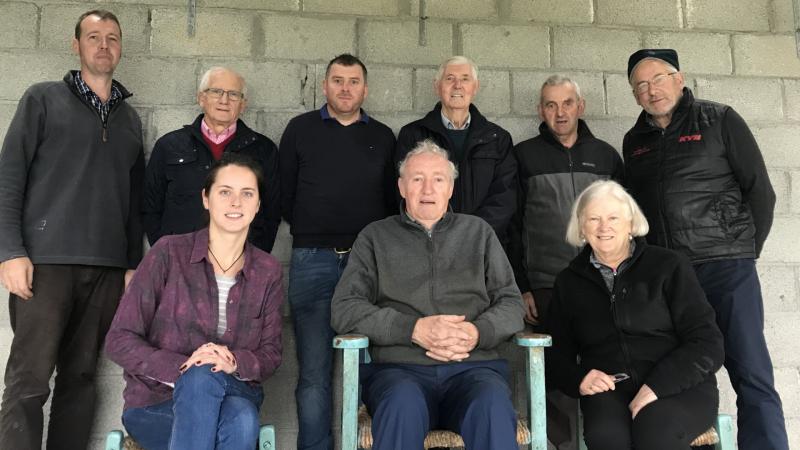 A VOLUNTARY group has lost out on a €20,000 grant because some former members set up their own group but with the same name.

Speaking to the Limerick Leader following a meeting last Sunday, Mr O’Donovan said he was told by the council they would not be “progressing” the grant “because there was another group”.

“We have a letter written to the council  asking them to explain and justify their position and how they came to this decision, ” Mr  O’Donovan said.

“To draw down this grant we had to match it with €20,000 from our own funds which were collected over many years from donations, church gate collections and advertisements in our annual calendar.”

“We did all that was asked of us,” he added. But a recent letter informed them the grant had been cancelled due to the existence of another group with the same name.

According to Mr O’Donovan, two former members of Knockfierna Heritage Society were involved in the new group.

At a meeting of the Heritage Society held at the weekend, Mr O’Donovan said, members had expressed regret that the plans made in anticipation of the grant would now have to be curtailed.

“Over the past 30 years the Society developed Knockfierna Hill to be an amenity for the benefit of the public,” Mr O’Donovan continued.

“It wasn’t easy to bring it to the stage it is at. And now, just when it was ready to take off, to take a big leap with a €40,000 plan to spend which would have worked wonders, we are stopped. It is very, very  disappointing what has taken place.” Mr O’Donovan said.

However, he added, members took a decision at the meeting to continue developing Knockfierna Hill using their own funds  and their next plan is to set up seating and picnic tables near the Memorial Wall.

Over the past two years, Knockfierna Hill  has seen a huge surge in the number of people walking and running there and enjoying the amenity.

Limerick sisters bake up a storm at World Bread Awards