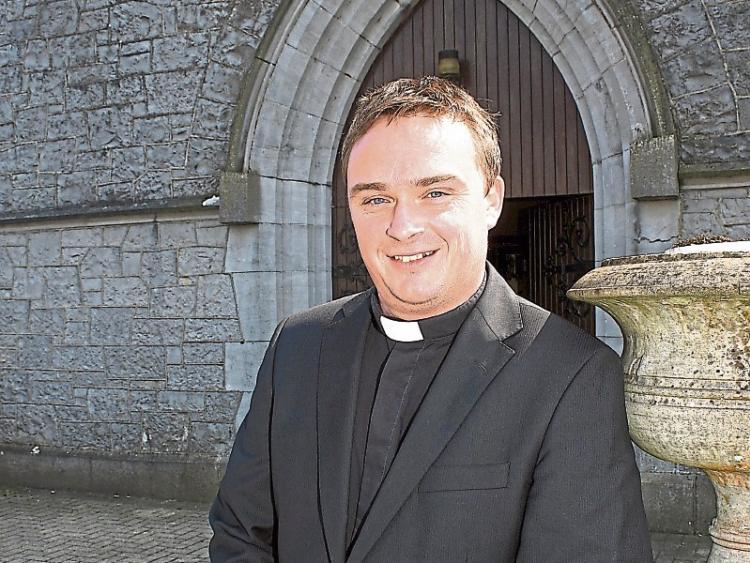 ONE OF the youngest clergymen in Ireland says any encounter between a priest and the bereaved should be an “encounter marked with gentleness and compassion”.

Fr Ger Fitzgerald, from Castleconnell, said he had heard about the “funeral procession offertory furore” when contacted by the Leader.

Cork priest Fr Tomás Walsh has made national headlines following comments in the parish newsletter. He expressed his displeasure about items such as cigarettes and beer being brought to the altar as offertory gifts during funeral Masses.

“Bringing things such as a can of beer, a packet of cigarettes, a remote control, a mobile phone or a football jersey does not tell us anything uplifting about the person who has died,” he wrote.

Fr Fitzgerald, a co-parish priest of Cloughleigh in Ennis, said a funeral Mass is first and foremost a prayer for the dead person.

The 39-year-old said when a bereaved family come to arrange a funeral, the priest always needs to be aware the family are grieving and there could be a lot of hurt there.

“I think he should always be aware of the human factor so to speak. Bereavement hurts, loss hurts and sometimes the funeral Mass is a way of coping with that loss. I always liken it to the encounters Christ had in the Gospel, when people came to him for healing or advice. They often took great risks or broke boundaries, but all of them were in need and Christ responded in a manner that gave them even more than they asked for and perhaps even more than they realised.

“Therefore, I think that any encounter between a priest and the bereaved should be an encounter marked with gentleness and compassion, but one that makes the person aware, in a loving way, of what the purpose of the funeral mass is,” said Fr Fitzgerald, who paid to tribute to priests who minister every day in situations of bereavement.

“They help people through loss, through pain, and are always there to listen and accompany those who suffer loss. I think those priests should be commended for their gentleness and compassion and warmth in those times. It is from their example that us younger priests learn.”