Travel expert Tony honoured for putting region on the map 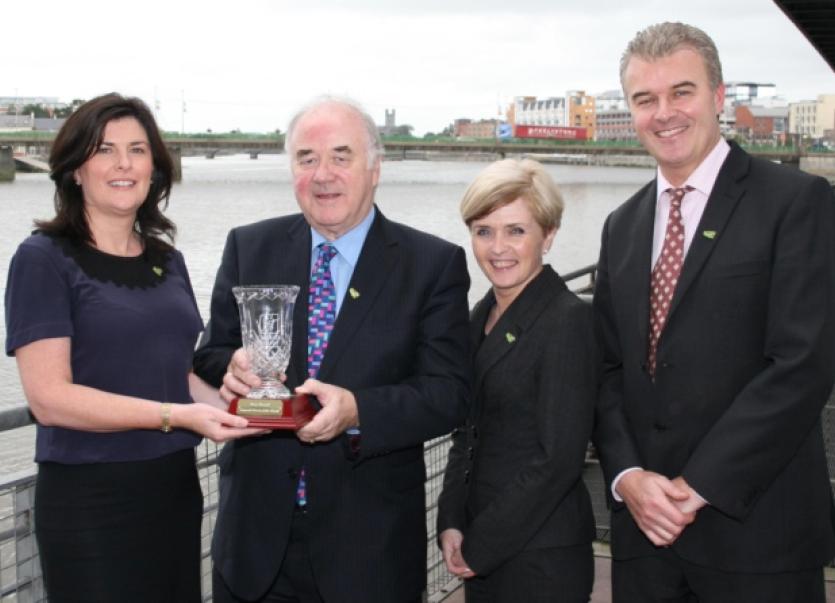 TONY Brazil, who over the last 40 years has been instrumental in promoting the Shannon region across the world, has been named the Limerick Person of the Month.

TONY Brazil, who over the last 40 years has been instrumental in promoting the Shannon region across the world, has been named the Limerick Person of the Month.

Having gained extensive knowledge of all aspects of the travel and tourism industry through his role as owner of Limerick Travel since 1971, Tony has used this invaluable expertise to market Limerick city and county as a must-see tourist destination.

“Mostly what I have been involved in has been trying to harness the energy and goodwill people have, to benefit the city and region,” said Tony this week on being presented with his award. “I see tourism as a means of building the local economy. If we can develop it then we can create jobs, sustain livelihoods and bring more people to see what we have and put the positive side of our area to the fore as opposed to the negative.”

Over the past four decades Tony has served on many tourism boards. He spent 14 years as director of Bord Failte, and also of Aer Rianta during which time Aer Rianta International at Shannon Airport was founded. “One of the things that is very encouraging is the huge level of support in the area for Shannon Airport which I think will be the key to its future success,” says Tony. “As the economy lifts and people become more able to do things, the airport will have a special place.”

A vital skill in the tourism trade is having an understanding of the strengths of a region and playing to those strengths. Limerick, Tony feels, is currently doing so, in a coordinated fashion. “We recognise cultural and sporting events are our strengths. That’s why next year, the Year of Culture, will be a huge success. We have the venues – UCH, the Lime Tree – there is a great underlying cultural side of Limerick which next year we will be able to show not just to the country but to the world.”

The title of sports capital of Ireland, he says, is fitting for Limerick what with its “fantastic facilities”. “We have everything from greyhound racing to horse racing, Thomond Park, the UL Arena and on and on it goes. These are relatively new amenities which means we are able to cater for modern needs, for example, the Bruce Springsteen concert in Thomond Park. We can do it. Next year we are going to have the All-Ireland Special Olympics with 10,000 people coming to town. We are very proud of our connections with Special Olympics. The fact that they are coming back for a second time is a great endorsement.”

Tony, who employs 28 people at Limerick Travel on Bedford Row, was on three separate occasions president of the Irish Travel Agents Association. He has been chair of the Shannon Sports and Conference Bureau for the last two years. In the last four months he was invited to join the Shannon Airport board and the Shannon Development board. “When you get older you feel you should be doing a bit more,” he smiles.

The people of Limerick, he feels, are, whether they realise it or not, on the threshold of an exciting time in the city and county’s history. “There is the unification of Limerick city and county and the symmetry that has brought about. Then you have the new dynamics of the airport linking itself closer to the city - all of that bodes well and out of that there is the foundation for increased investment and jobs and new industries coming in and greater employment through tourism itself. It’s upwards and onwards from here on in.”

Tony, who lives in Ballyclough, is married to Sheila [nee McNamara] from Adare and they have three sons Eoin, Tony and Peter.

The Limerick Person of the Month award is sponsored by the Limerick Leader, Southern and the Clarion Hotel.