70 jobs for Rathkeale as DesignPro moves in 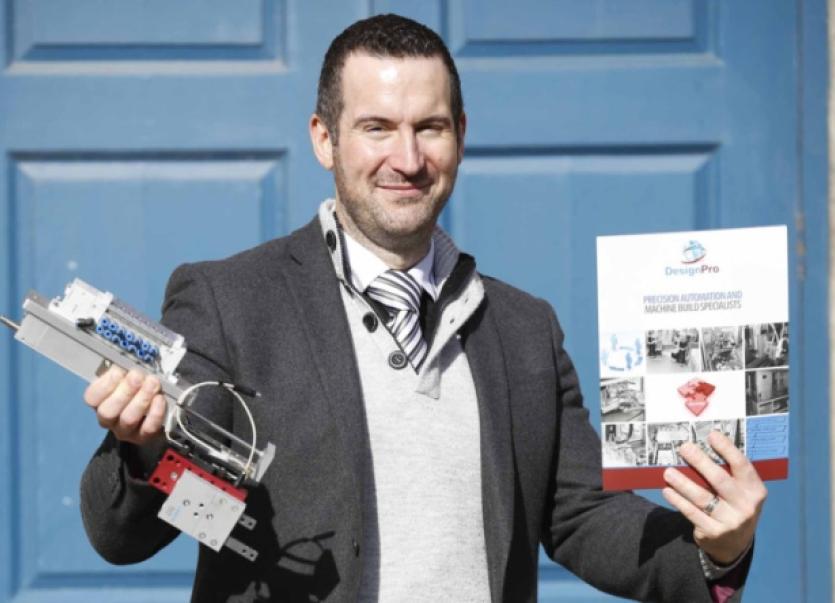 Local company DesignPro is set to take over part of the former Anderson plant in Rathkeale, creating the largest high end machine workshop in the country and bringing over 70 jobs to the town.

Local company DesignPro is set to take over part of the former Anderson plant in Rathkeale, creating the largest high end machine workshop in the country and bringing over 70 jobs to the town.

The company’s 40 employees will move from its current location outside Newcastle West to Rathkeale and it is expected that more than 30 new jobs could be created in the next two years.

Agreement has also been reached with local veterinary practice Long and Fitzell to take over two more units in the plant, while local charity The Butterfly Club has signed up to a 10 year lease on another unit.

The details were confirmed by Michael Cantwell of Innovate Limerick at this week’s meeting of the Adare Rathkeale municipal district.

Innovate Limerick acquired the site on behalf of Limerick City and County Council last year following the closure of the Andersen jewellery manufacturing plant with the loss of 170 jobs.

Mr Cantwell said DesignPro would take over 25,000 square feet of the facility to create “the single biggest high-end machine workshop in the country”.

“They expect to see employment grow from 40 to 70 over the next two years,” he said, adding that this was a “conservative” forecast. The company is expected to be ready to begin manufacturing on site in June.

Mr Cantwell also confirmed to the Limerick Leader that they were in discussions with another client interested in taking up 30,000 square feet of the plant.

Paul Collins of DesignPro described it as an “exciting move” which would allow the business to continue to grow.

“We have a lot of things in the pipeline and we will need a lot more space,” he said.

“Every year since we started, we have doubled our size and turnover. This gives us more room to expand,” he added.

Mr Collins said he was confident there would be opportunities for local people with “good hand skills and mechanical ability” and that they would be looking at putting training schemes in place in the future.

The announcement was welcomed by local councillors who commended Innovate Limerick for their success in attracting businesses to the site.

Cllr Tom Neville noted that the relocation of a successful company like DesignPro to the town would also encourage other businesses to locate there. “We have all known down through the years that the potential exists here and it is great to see this recognised by this company,” he said.

Cllr Ciara McMahon said the deal was a “credit to everyone involved” while Cllr Stephen Keary said that DesignPro had “made huge strides” in recent years and welcomed their decision to locate in Rathkeale.

“While it was a major blow to the town to lose 170 jobs, it will be up and running within a year and a half,” he said.

The need to encourage small and medium sized enterprises was stressed by Cllrs Richard O’Donoghue and Kevin Sheahan, with Cllr Sheahan proposing that 40 acres of the 240-acre Askeaton industrial estate be designated for smaller indigenous industries, with a focus on businesses that could service Foynes Port.

“The number of businesses that are closing down is alarming and anything we can do, we should do,” said Cllr Sheahan,

Mr Cantwell told the meeting that they had received great support from the local community and agencies. He also confirmed that an application was being submitted to government to support local enterprises as part of the €150m development capital scheme.