Petition to keep priest after locals label move ‘a disgrace’ 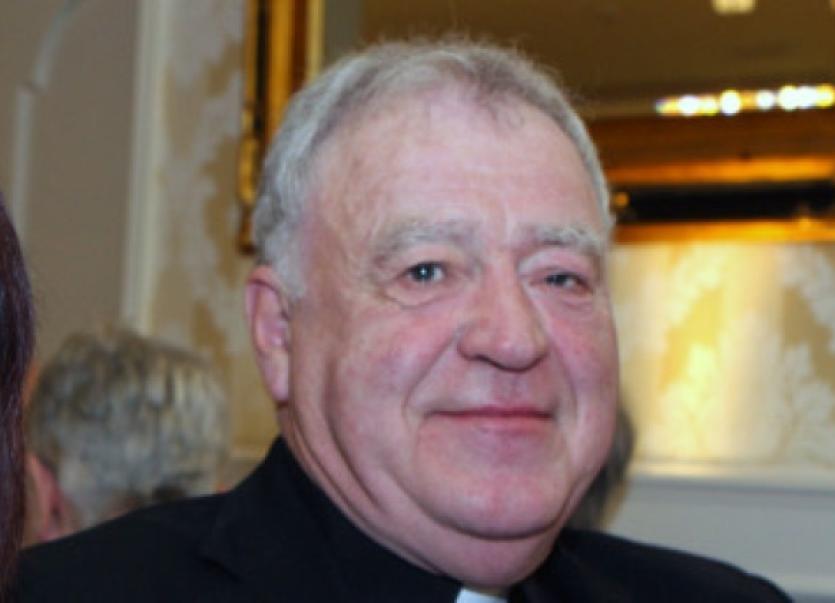 OVER 2,000 disgruntled parishioners have signed a petition calling on the Bishop of Limerick to reverse his decision to transfer Canon Willie Fitzmaurice from the town of Kilmallock - a moved which has been labelled “a disgrace” by locals.

OVER 2,000 disgruntled parishioners have signed a petition calling on the Bishop of Limerick to reverse his decision to transfer Canon Willie Fitzmaurice from the town of Kilmallock - a moved which has been labelled “a disgrace” by locals.

Some 22 changes were announced by Bishop Brendan Leahy early last month for parishes across the diocese with Canon Fitzmaurice being transferred from Kilmallock to Croom.

Following the announcement, parishioners in the town turned out in force at a public meeting to voice their disquiet at the decision.

“It was a disgrace the way he was being transferred after being here so long,” said Barra O’Dwyer one of the organisers of the meeting in the local pastoral centre which was attended by 130 people.

“We wrote a letter to the Bishop asking him if he would come out and explain why he was devaluing the parish and taking a Canon out which was never done in the town before. Loads of people are upset about it especially the older people - the senior citizens are very upset about this. All the organisations turned up at the meeting. It is demoting us,” he added.

It was decided to circulate a petition calling for a reversal of the decision, which would be forwarded to Bishop Leahy.

“The petition was out for a week,” Mr O’Dwyer explained.

“The petition was circulated at the three Masses. In the region of 2,300 people have signed the petition. We are waiting for a reply from him.”

In recent years, the town has been served by both Canon Fitzmaurice - a former Limerick senior hurler who has been appointed as parish priest of Croom and Banogue after 19 years in Kilmallock - and Fr Joe Cussen, CC.

According to Mr O’Dwyer, Fr Cussen will remain living in the house in Kilmallock after being appointed parish priest for Martinstown and Bulgaden.

Fr Joseph Shire meanwhile is taking over as PP in Kilmallock while continuing as PP in Ballyagran and Colmanswell.

In a statement released this Wednesday, Bishop Leahy confirmed that he has been made aware of the position taken by some people in Kilmallock following the recent announcement of clerical changes. In response to one of the two letters he received, he confirmed that he has already issued an invitation to the person concerned to come and meet him to discuss “the necessity for change, due to the massive drop-off in vocations over recent decades”.

“I am pleased to reassure them that, contrary to what is materialising across the country and, indeed, in our own diocese, Kilmallock will have no reduction in priests. Instead, the parish will become a pilot, as it were, in the Limerick Diocese for what will really be the way forward in the years ahead as it becomes a hub for other parishes, namely Ballyagran/Colmanswell and Bulgaden,” he said.

“This will result in four priests living and being based in Kilmallock itself who will also service the neighbouring parishes in the Kilmallock hub. Among them will be Fr David Casey, who was appointed to Kilmallock immediately following his ordination in July – the only ordination that will take place in the diocese over the next five or six years. Unfortunately, other parishes will not have that level of clerical representation, with some already without a priest, but I am merely endeavouring to make the most of the resources available to me.”

“While there has been general acceptance of the changes introduced across the diocese, including some communications of support and understanding from Kilmallock, I also accept that the regret in Kilmallock at losing Canon Willie Fitzmaurice is a reflection of the close relationship he forged with the parish and the great work he has done there over the past 19 years, which by any comparison is considerably longer than the average time spent in a parish by a priest.I have, however, a duty to keep the many needs of the whole diocese in mind as I make clerical changes and some of them were outlined in my statement when I announced the changes,” added Bishop Leahy.

Canon Willie Fitzmaurice, who also served in St John’s parish in the city in the past declined to comment on the matter when contacted this Wednesday.