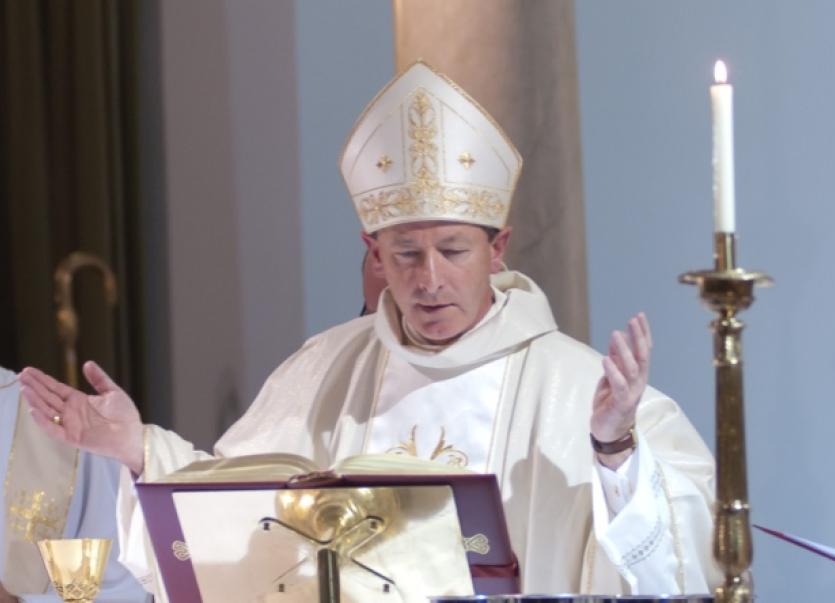 FORMER Rathkeale parish priest Fr Phonsie Cullinan said he was “humbled” to have been chosen as the new bishop of Waterford and Lismore .

FORMER Rathkeale parish priest Fr Phonsie Cullinan said he was “humbled” to have been chosen as the new bishop of Waterford and Lismore .

Speaking at his episcopal ordination in Waterford cathedral on Sunday, the new bishop said he sensed “immense gratitude to God for His faithfulness”.

“I know that I am a sinner, yet I experience the love and mercy of Jesus in this deeper call to service in His Church,” he added.

Prior to taking up his new office, Fr Phonsie served as a priest in the Limerick diocese for almost 20 years, most recently as parish priest of Rathkeale. He also served as chaplain of the Mid-West Regional Hospital and Limerick Institute of Technology and as curate in St Munchin’s parish.

“From my youth I knew a kind of dialogue with a living God thanks in large part to my parents and to countless others along the way. This dialogue continued into priesthood and the ‘yes’ I make today is part of the ‘yes’ I made in 1994 in Saint John’s Cathedral in Limerick where I was ordained a priest,” he said.

In his address, he spoke of the necessity for people to have “complete trust in God”.

“How many among us seek fulfilment and meaning in all sorts of places, in the wrong places, in a kind of desperate search for inner peace?” he asked.

The new bishop also stressed the need for the church to reach out to those who have “turned away from the practice of the faith, many of whom are in our own families and parish communities”.

“How can we walk with them in a way that will help them to see once more the beauty of following Jesus? We are called to step out from the doors of the Church to bring Christ to all we meet.”

He added that Christians should put themselves at the service of others, particularly “the poor, the sick, the vulnerable, those who feel alienated from God, and those on the margins”.

He went on to say that, while there was much to learn about his new role, he was looking forward to getting to know the people and priests of his new diocese.

“Little did my father think as he walked the streets of Waterford over seventy years ago while studying in De la Salle Teacher Training College that one day a son of his would be bishop of this historic and beautiful diocese,” he added.

In his homily, Monseigneur Michael Olden pointed out that Fr Phonsie was the 26th Bishop of Waterford and Lismore since the reformation in the 16th century.

“He is the second Limerick priest to ‘take possession’ of this See. The first was Peter Creagh, Dean of Limerick, who was Bishop of Waterford and Lismore from 1745 until 1775,” Mons Olden added.

The new bishop was also greeted by his predecessor Bishop William Lee who welcomed Fr Phonsie’s family, friends and priests from Limerick who had travelled to Waterford for the ordination.

“This is truly a historic day for all of us. We are privileged, Father Phonsie, to have you as our bishop and you are certainly privileged to be entrusted with the care of the diocese of Waterford and Lismore. Our prayer for you today and in the years to come is that you will be touched, ever more deeply with the joy that comes from sharing with others what your faith in Jesus Christ means to you,” Bishop Lee said.

Fr Phonsie was born in Lahinch, in 1959 to parents Christy and Rita. The family later moved to Limerick where he attended primary and secondary school. He subsequently attended Mary Immaculate College of Education Limerick qualifying as a primary teacher in 1981, and taught for six years in Castleconnell,