Over 1,000 mourners pay their respects to tragic Limerick jockey 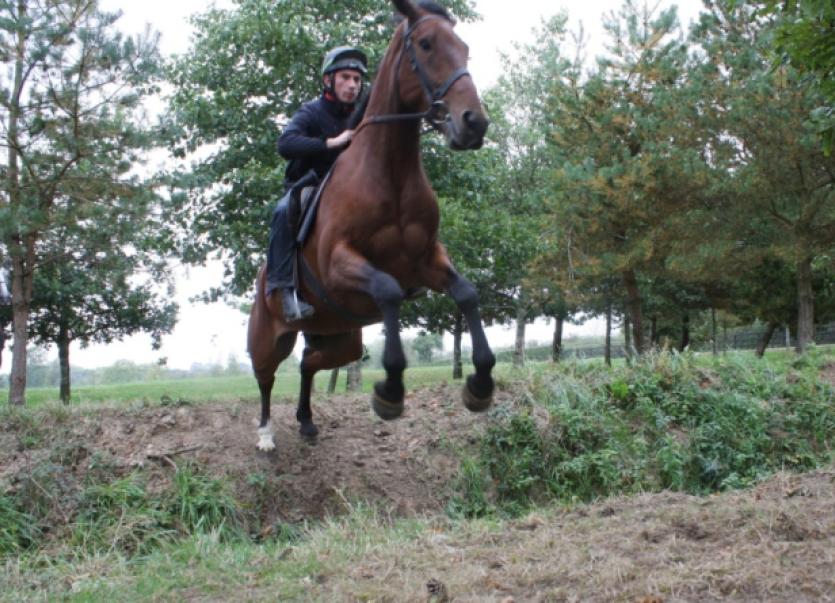 MURROE church was overflowing with mourners this Monday morning to say goodbye to the late Ryan Cusack.

MURROE church was overflowing with mourners this Monday morning to say goodbye to the late Ryan Cusack.

The young man due to celebrate his 18th birthday on Wednesday died in a tragic accident while cutting trees last Friday in Bruree. A talented hurler and trainee jockey with Enda Bolger, his coffin was adorned with JP McManus’ famous silks and a Murroe-Boher GAA jersey.

Ryan’s popularity was shown by the range of ages in attendance with many quietly sobbing into tissues at his untimely passing.

The gifts to the altar were Ryan’s riding helmet, a wood carving made by Ryan and a pair of pink socks.

“He wore them to his debs to show he had a sense of humour,” said Fr Brennan.

Emotionally, a group of his friends sang Cloud’s Veil during Holy Communion.

At the end of the Mass, his uncle William Ryan fought back the tears to deliver a eulogy that drew spontaneous applause at its conclusion.

“The very first moment I saw him I felt unconditional love for him. From the day he could walk, he ran. He was a little farmer,” said William.

He spoke of Ryan’s many accomplishments on the hurling field, athletics track, handball alley, hunting in the fields and on race courses. And even then, William says he didn’t believe he had completely reflected Ryan’s many talents.

William talked about the first time Ryan had the “privilege of wearing JP’s colours” in a point to point.

“What a proud moment it was for all of us. He even made us watch the footage again and again in an effort to perfect his special talent,” said William. Despite Ryan’s tender years his uncle said he learned a lot from him.

A guard of honour, including pupils of Newport College, shepherded his coffin to the hearse. The silks of JP McManus were taken off the coffin and put on by John O’Donoghue, who rode with Ryan in pony clubs.

Two horses from local farmer and member of Scarteen Hunt, John Hourigan, joined the procession. John and fellow rider Patrick Bourke flanked the hearse as it made its way slowly to Ryan’s final resting place in Abington cemetery.