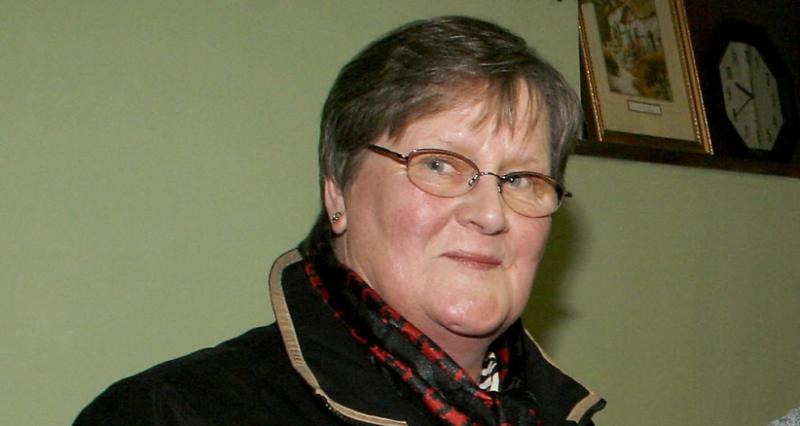 I MET Margaret Doody–Scully for the first time on April 1, 2001, outside the Newcastle West Radio Studio (steel container used by the golf club) beside the bar and restaurant in Killeline.

She was after going on air with a new radio station, and I was interested in getting involved.

I had heard about her many exploits over the years, and I knew her brother Dermot from our days together in the West Limerick GAA Board.

I will always retain that first image of Margaret as she stepped out of her red sports car. The firm and friendly handshake, and the gentle introduction to the airwaves that followed. We can all thank her for bringing the West Limerick Community Radio Station to fruition.

She was the driving force on the steering committee in those early days, as the fledgling station came from a small base to its present popularity. She acted as Station manager for a period and was disappointed when a new manager was appointed when the Station went on air in May 2005.

Margaret went on to broadcast with Limerick's Live 95 after a time and continued up to December 2012.

She gave her farming news report on the Saturday morning show with John Prendergast. It was informative and detailed and much listened to as she was very knowledgeable on the subject.

We were shocked to hear of her death in the Univeristy Hospital Limerick on Sunday, January 13, 2013.

We knew she had been ill and receiving treatment which we all hoped would have been successful. She was only 66 years old and still had so much more to offer and to accomplish.

With Margaret, it was not the years of her life, but the life in her years that mattered. To chart her achievements in life would take a lot of space and ink and one would still come a long way short.

Margaret was a wonderful community person who was so kind and generous with her time and talents. She was independent minded and strong willed highly motivated and full of spirit who got things done.

Margaret was multi talented being a poet writer historian athlete radio presenter nature lover, who made every project she got involved in a success.

She was a gift loaned to us to brighten our days and to enrich our presence on this earth and she left a rich legacy behind her.
Margaret was born on February 13, 1946, in Balliniska, in the Parish of Mahoonagh.

She was one of 8 children 5 boys and 3 girls, and her parents were Dan and Nell Doody who were farmers. She took up running in November 1967 and coached herself and competed at senior level as there was no other grade at the time.

She finished in 23rd position in what was her only appearance in the green singlet for her country.

Then & Now: ‘Newspapers on the floor’ - Tom Aherne

Margaret like many other rural athletes of her era felt that there was little or no support from officialdom at the time. Her short athletic career was terminated by knee problems picked up playing camogie.

She played centre field for Newcastle West camogie team in the sixties.

She was a competitive player who was swift and accurate in her play and also a good free taker. She also played with Western Gaels, Limerick and Munster in camogie, and also played tennis, badminton and golf.

Margaret lived in Kilfinny on a farm for many years and was involved in numerous clubs there. She had a passion for gardening, and she was a finalist in the Millennium Garden competition in 2000.

In 1997 she joined the Castlemahon-Feohanagh History Group and her yearly contribution to the Parish Journal has been large in volume and of great interest. She always had her material ready well ahead of the deadlines and was already working on material for the next year’s publication.

Margaret over the years collected 153 hours of social history on videotape from the people and events held in the parish. This was a mammoth task and wonderful to have as the years pass by.

President Mary McAleese came to Castlemahon in 1999 to launch the tapes .The priceless recordings are now placed in the National Archives in Dublin for future reference. Margaret moved to live in Broadford village in 2005.

Margaret will be best remembered for her books ‘’From the Bog to the Bishop" which was launched in Saint John the Baptist Church Castlemahon on October 18, 2005. I

n the 400 page book she recorded 150 years of religious life in the Mahoonagh parish and profiled all the people who served the church at home and abroad.

It was a labour of love to collect the details, which are priceless to have in book form. The book has been acclaimed by all the Universities in Ireland England Scotland and Wales. It is to be found in Libraries around the World and the book is a collector’s item.

Margaret launched ‘’Inside Looking Out’’ at Newcastle West Library on Friday October 12, 2012. It contained 157 of her original poems inspired by the beauty that she found in the landscape, people, traditions, and history of her native Limerick and beyond.

Margaret received many awards for her writing, and she was awarded Poet Laureate of Yale in 2000 for her works, and she penned a special poem “Millennium Bells’’ for this.

She was conferred an Honorary Doctorate in Literature from Yale University for her writings shortly afterwards. She won the Golden Pen Golden Jubilee Award for creative writing and poetry in Kilkenny.

She was awarded the International Writer’s Award for unpublished works in poetry at Roscommon Writer’s Festival in recent years.

Margaret left us on a day that was special in the Church calendar for all Catholics. Her funeral Mass in her adopted Broadford was celebrated on the Feast of Saint Ita, who was another spirited and motivated woman who left her mark in nearby Killeedy and West Limerick.

Margaret was a great fundraiser and involved with the invalid section of the Limerick Diocesan Pilgrimage to Lourdes for many years.

People like Margaret are rare gems that only come around at lengthy intervals. She made a valuable contribution over many areas of life and West Limerick 102fm remains a lasting legacy.

‘’There is no scribe who will not pass away, but what his or her hands have written will remain forever.’’