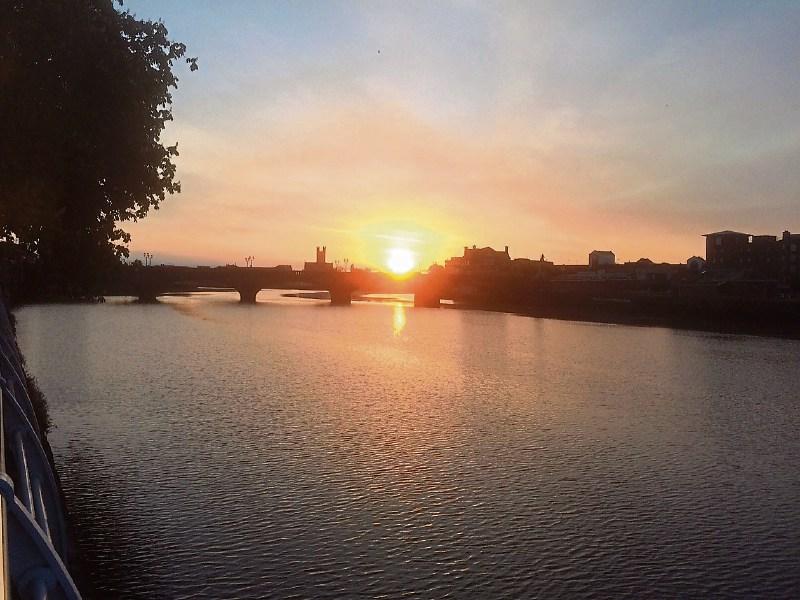 FOR a few weeks in May, the dawn chorus is well worth the effort of falling out of bed at an ungodly hour. Nature has evolved unlike me, to perform some of its most amazing spectacles at hours that are not in sync, with my body clocks. Bats emerge way past my bedtime and birds keep their best singing till early in the morning.

Early in the week I had received a beautiful video of the dawn chorus on my phone. I spoke to the person and they explained that it was a morning once in a lifetime. There was no human noises throughout the entire chorus and the bird song was crystal clear.

I settled down into my deck chair and watched, as a few bats, snatched the last of the night’s insects, before returning their roosts for the day. After a few minutes a robin and blackbird started to sing. These birds have large eyes and the extra light, stimulates them into singing. They can often be heard singing in the middle of the night, in urban areas and this is due to all the artificial lighting.

They took a few minutes to get going and were soon joined by the wren. The wren needed no lead in time and its powerful song filled the early morning garden. As it got a little brighter a chaffinch starting singing. He did not play a very big role in the dawn chorus and his song was absent for most of the morning.

The great tit had managed to slip out of the nest box and into the dawn, without been seen. He has a large family to feed and there is no part of the day, he can afford to waste. His calls were very much subdued, as he dint want to attract a predator to the location of his and chicks.

The first human sound filled the garden. A truck passed by on its way to the quarry. It rumbles more with no gravel on board. This sound appears to wake up the woodpigeon. Their cooing calls are soothing and are sometimes mistaken for a cuckoo. In the distance I heard a single rook calling, but the rookery is still earthly quiet.

At 5.30am the first of the summer migrants joined in. The blackcap is very vocal throughout the day and sometimes emerges from the trees, to feed on a hanging apple in the garden. Next the Willow warbler starts singing and this is another summer visitor.

The early birds have gone silent and I don’t hear the blackbird for the rest of the morning. Meanwhile the robin has got its second wind and comes back with a gusto of singing. A flock of jackdaws passes overhead. Their chuckling calls linger in the morning air, before they disappear into a farmer’s field.

More traffic is appearing on the road and I hope that they have their windows open, to listen to the awakening world. The woodpigeon who has been singing since the first flush of dawn starts to fade. The starlings nesting in the vent finally emerge and start to sing.

By 5.46 all of the different parts of nature have come together. The individual practices of spring become the full dawn chorus and for me it is one of the most uplifting sounds in nature.

Blackcap, starling, wren, willow warbler. Jackdaw, woodpigeon and robin put on a performance to match anything in the human world.

There is still time to catch the dawn chorus and the best thing is it doesn’t cost a penny. You can even lie in bed and open the window and lets natures music come to you from the comfort of your bed. Don’t wait too long and set the alarm clock for tomorrow.