Out in the Open: A pathetic note near death bed: anyone interested? 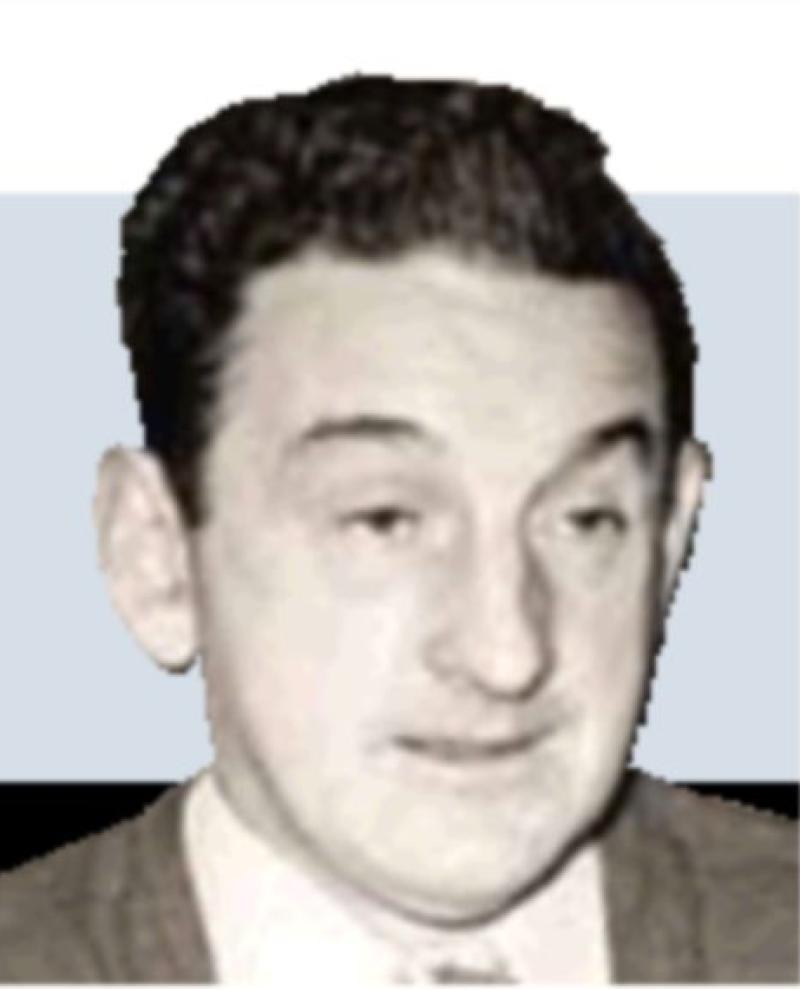 THIS year, 1977, we celebrate the centenary of George Fizmaurice’s birth at Bedford House near Listowel. George was born on January 28th, 1877, the tenth of 12 children. His family moved to Duagh when he was fourteen.

The great house and extensive pastures in Bedford were given up as collateral against a butcher’s bill for sixty pounds after George’s father had died in 1891. The family moved to Kilcara House in Duagh, which was somewhat smaller than the great house at Bedford, but which had a hundred acres of good land attached. The family never returned to Bedford.

It is interesting to note that Horatio Herbert Kitchener was born in the same house twenty seven years before. Both men served in the British Army George as a buck private and Kitchener as a Field Marshal.

In what light are the pair regarded locally today? To be honest it must be said that Kitchener is forgotten wherever Fitzmaurice is revered somewhat belatedly.

George Fitzmaurice had seven sisters and four brothers. Five of these died in infancy, a not uncommon mortality rate at the time. Not one of the remainder married. Before finally settling in Dublin George worked for two years in the bank in Cork. In 1901 he was offered a temporary clerkship with the Land Commission in Dublin. He was to spend twenty four years in this capacity before he was granted permanent status. What sort of man was he ?

Certainly he was shy to a fault. Today we would call him hyper sensitive. He was fond of the pint, fond of the music hall and fond of keeping away from performances of his own plays. The last premier he attended was the Abbey Production of the Country Dressmaker on October 3rd, 1907. The three acter ran for several months and was revived by the Abbey in 1912 and later. It is also significant to note that the Playboy of the Western World saw its first production the same year as the Dressmaker and at the same theatre.

There were to be only three other Abbey productions of Fitzmaurice’s plays in his lifetime. 1908 “The Pie-Dish”, 1913 “The Magic Glasses” and finally in 1923 “Twixt the Giltenans and the Carmodys”.

After the playwright’s death in 1963 one would have expected the Abbey to present one of his plays. Six years later in 1969, they relented and there was a production of the Dandy Dolls.

Since his death several important essays and books have been written about him, but he remains an evasive figure and no one has yet ascertained his exact place in the world of Irish Theatre. The critics of his time were hard on The Magic Glasses, despite the fact that it was a magnificent comedy of whimsy and he has no real parallel anywhere in the world. It still stands as a unique piece of theatre.

Neglect of Fitzmaurice is not too difficult to understand. Today as then, the Abbey Theatre could be said to be somewhat cliquish and partial to certain dramatists. It remains a Dublin theatre rather than a truly national one, for which it receives its subsidy. There is no encouragement forthcoming unless one is accepted by the inner circle. I do not say this with any bitterness, but purely as a matter of fact.

George Fitzmaurice wrote seventeen plays and early in his career he was looked upon as one of the Irish theatre’s most important dramatists - some would say folk dramatist, but a dramatist is a dramatist whatever the shade of his expression. The tragedy of Fitzmaurice is that he died in almost total obscurity at the age of 86. That he was seriously neglected in his lifetime, there can be not doubt. That he will never be neglected again for long is equally sure.

Certainly he was not neglected by Liam Miller or by Austin Clarke, whose Lyric Theatre rediscovered Fitzmaurice and granted his worthwhile productions for aeprio after World War Two. Miller’s interest in Fitzmaurice is worth noting and to Miller must go most of the credit for keeping the work of Fitzmaurice alvie, until after his death, when, with characteristic Celtic love of the dea, his praises have consistently been sung by some sincere singers and a growing chorus who like to be associated with the memory of the great.

Unfortunately for Fitzmaurice, the amateur drama movement in Ireland was not the force during his lifetime that it is now.

He died in a room house at 3 Hartcourt Street Dublin. He left no money behind him. His entire possessions were contained in an old suitcase. There were copies of his published plays and manuscripts of unpublished plays. On the floor near his bed was found a note which read as follows: “Author is prepared to sell outright all rights in fourteen plays dealing intimately with life in the Irish countryside. Most have been either printed or published. Suitable to which to build musical, television, etc. Pass to anyone interested”.

This in effect was Fitzmaurice’s dismissal of himself, the ultimate tragic note in an embittered life. The last thing he wrote consisted of an effort to consign himself to obscurity. He was washing his hands of the work of a lifetime and was handing it over to anyone interested. Another tragic aspect of his life is that so little is known about him. He had no friends, only acquaintances. He avoided the Abbey and sought anonymity in music halls. He loved to spend time in selected public houses where he drank as much Guinness as he could afford.

Those who remember him from Mooney’s say that he never bought a drink for anybody but himself, unlike the people of the countryside where he grew up. Buying rounds without a thought of return was and still is a feature of life in Fitzmaurice country, which to be precise lies roughly between Duagh and Abbeyfeale. Of course, a good reason why he only brought drink for himself could be that he could only afford to buy for himself.

A barman who often served him remembers that on the rare occasions when Fitzmaurice was asked to have a drink he made no verbal response. All that was to be seen was the faint provocative half smile which adorns the only existing photograph of him. It could be a case of silence giving consent.

Sometimes Fitzmaurice blew fire and splendour on his more outlandish creations so that his comic spirit lives on in these half real characters. His world should not be dismissed as a microcosm, for it is of the whole world that he writes in the Pie-Dish, The Magic Glasses and in the most of his better work.

He remains an evasive and elusive figure. He is there one minute, like a snipe rising on the slopes of Kilcaramore and the next he has vanished altogether into the darkening skies. There is no trace left behind.

Three-act plays, however, were not George Fitzmaurice’s forte. His immortality lies in the better one-acts and yet, oddly enough, even the most farcical of these, “The toothache”, remind us of the underlying violence in every human nature.

So this year we celebrate the centenary of his birth. To date no plans are being laid to honour him Listowel Writers’ Week have invited actors Eamon Keane and Benny Caldwell to Listowel in June as part of a proposed tribute. There has been no announcement from either the first or second national theatres. Neither had there been any word from the Gate. I mentioned these three theatres because they are the most heavily subsidised. Already Radio Eireann has paid ample tribute, but from Telefis Eireann nothing.

Let me repeat the contents of the pathetic note found near his death bed for the benefit of those who still ignore him: Author is prepared to sell outright all rights in fourteen plays...Pass to anyone interested.”

This article by the late John B Keane first appeared in the Limerick Leader on March 19, 1977.