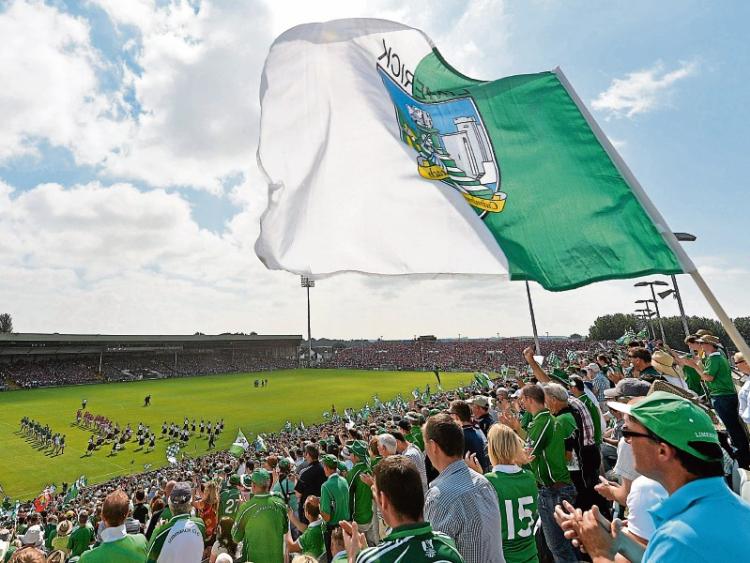 I WILL continue the story from last week of the Limerick Gaelic Grounds where the first inter-county games were played there ninety-one years ago, on May 12, 1929.

Despite difficulties that for long looked like providing insurmountable, a start was eventually made and, although the job saddled the Limerick enthusiasts with a heavy bank overdraft, it was soon evident that the Shannonside venue had come right into the reckoning and could hardly be ignored in the future.

The proof of the value of the Limerick developments came with the great 1951 Munster final with a then record crowd of 43,236 spectators contributed £ 6,207-9-5 to the Munster exchequer. This was almost double the previous best , and a figure only once previously exceeded at a hurling match anywhere in Ireland. This was the 1949 All Ireland final between Tipperary and Laois at Croke Park, to see which 67,168 people paid £6,389.

The citizens of Limerick too, rose to the occasion in no uncertain manner, and everyone that came for the games remained to pay tribute to the high standard of organisation reached and the undoubted excellence of all the arrangements. The Limerick delegates to the Munster Council subsequently played a leading part in getting that body to sponsor a big improvements scheme at the main southern venues, and a sum of £ 26,000 was allocated. From this sum Limerick got £ 8,000, and Cork Killarney and Thurles £ 6,000 each.

When the Shannonsiders had their allocation spent , it was found they had increased their accommodation very substantially. This prompted the Directors to seek sanction for the extension of the work , and to this proposal the Munster Council agreed, provided Limerick were prepared to bear some share of the additional cost. Eventually the Council gave a further advance of £ 2,500 to which Limerick added £ 1,700.

The 50,000 mark was crossed at Limerick on Sunday July 18, 1954, the first time such a figure was exceeded outside of Croke Park at any amateur sporting event in Ireland. The actual number of people who paid for admission totalled 50,071, and their contribution amounted to £ 6,708-16-8, both figures constituting their new records for a Munster Championship game.

When re-construction work at Croke Park was undertaken the storied Hogan Stand, erected there for the first of the revived Tailteann Games in 1924, was offered for sale and the Directors of Pairc na nGael were fortunate to secure it, and have it transferred to Limerick, where it was re-erected in 1958, In addition a large seated open stand was built alongside which raised the general accommodation substantially and the seated portion very materially.

The attendance peak was reached on an unforgettable day in July 1961 when £61, 174 people had paid for admission before the gates had to be thrown open three-quarter way through the minor game, to avoid panic. Many good judges maintain that upwards of 70,000 people were in Limerick on that memorable occasion. This set a record for a provincial venue that may never be surpassed.

The far-seeing Field Directors completed the acquisition of lands surrounding the Grounds, during the 1970s, and these were enclosed, laying the foundations for further extensions and for the provision of ample parking facilities. The directors at that time were Chairman Rory Kiely, Secretary Declan Moylan, Tom Boland, Paddy Ryan, Frank Moore, and Kevin Hartigan.

The Mick Mackey Stand-facing the North Stand-was completed in 1988 in time for that year's Munster final between Tipperary and Cork played on Sunday July 17. Tipperary won by 2-19 to 1-13 and Terence Murray from Patrickswell was the referee. This stand, of course, commemorate the legendary Limerick hurler from Ahane, rated by many to have been one of the true greats of hurling.

By 2004 more development work saw a new 12,000 -seater uncovered stand unveiled, together with two new terraces. In 2016 one of football's best-ever games was played at the Gaelic Grounds. This was the replay of the All-Ireland football semi-final, between Kerry and Mayo which Kerry won. An American Football game had been arranged for Croke Park, so the game could not be played there. It was the first semi-final of the All Ireland Senior Football Championship to be played outside Croke Park in 33 years.

The Limerick GAA headquarters is enjoying a well-deserved rest at present due to Covid-19, but all supporters will be anxious to hear the clash of the ash, and the thud of leather sooner rather than later.

READERS MAY have guessed by now that May is one of my favourite months of the year, as it is the time when nature explodes, all round us and the sweet scented air, is alive with the sound of birdsong. The birds are happy and busy as they rise early and go to sleep late. The tunes of the blackbird are sweet, melodic, and throaty and the cuckoo call when it echoes along the valley is delightful to hear.

Nature has a way of making every day different beautiful and unique. It is nice to celebrate nature, not just for its own sake, but as an expression of the glory of God who is credited with creating the world. There is so much to admire and give thanks for including a tapestry of colour and growth during the month of May. It can often be the simple things in life, which can give people the most pleasurable of gifts for the least amount of effort.

One of the things that give me pleasure during this time is the sight of the wild bluebell, whose flowering time covers April to June. The bluebell woods of Ireland and Britain have been written about over the centuries, and they are considered to be some of the most spectacular floral displays in Europe. The bluebell forms carpets in woodland and scrub, and are to be found also on hedge banks, and sea cliffs.

The flower blooms just as the trees are coming into leaf, and they are an easily recognizable plant. The fragrant nodding violet blue flowers have creamy white anthers. They are clustered on one side in groups of five, to fifteen, each flower ending with two blue membranous bracts on its base. The narrow dark green leaves, which rise from the base may persist for some weeks after flowering.

How lovely it is to stand in the heart of a bluebell wood and see the blues, spread out on every side. The trees are waking slowly into life and the birds sitting upon the boughs, sing songs as if celebrating nature also. The light shining through the trees, onto the flowers make them shimmer and shine, in all their splendour.

While walking through a carpet of bluebells, a person can be filled with the wonders of the world all round them. The bluebell flower can lift the spirit, of renewal, restoration and hope, especially during the Covid -19 lockdown, as the wood is still a place of wonder and healing as it has been for so long for so many people.