Out in the Open: An assrail of turf made a fine present at Christmas 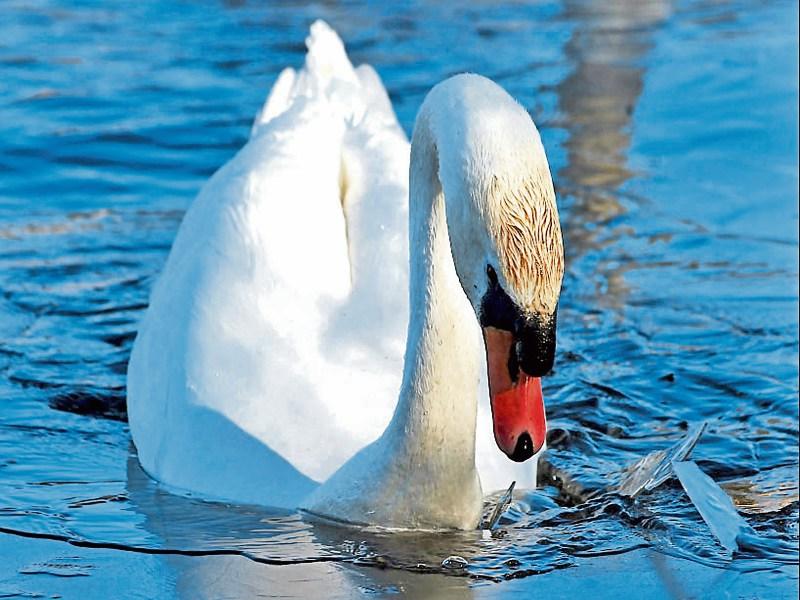 SINCE it's Christmas time, I believe it would be appropriate to deal with Christmas matters.

The bother is that, over the years, I have exhausted myself on the subject and am now in the unenviable position where I would be repeating myself were I to hold forth for any length of time on any aspect of Yuletide.

I can recall countless stories about Christmas, but I'm sure most of my readers can recall the same ones.

There is one incident, however, which I recall more than all the other incidents connected with Christmas.

I think I should simply call it the Christmas Box Incident, but judge for yourself.

You may not be in complete agreement.

In the early forties - I am uncertain to the precise year - to prevent total disapproval, there came one of the snappiest, sharpest, and bitterest winters in living memory.

When it wasn't awash with drenching rain, the winds blew searingly and searchingly.

In between, there would be sleet, that awful conglomeration which can never seem to make up its mind whether its rain, snow, or good round hailstone.

As Christmas grew near, the weather grew even more inclement and there was, in all towns of Ireland, a fearful scarcity of turf due to the fact that the passages from the bogs were unable to sustain any sort of transport.

Consequently, the turf was stranded and would remain so until the following spring.

Old people suffered most in spite of heroic efforts by St. Vincent de Paul societies and others to provide coal and timber.

Still, there was nothing like the oul' sod of black or brown turf to make a pleasant fire with dancing flames and cheerful glow.

From time to time horse, pony, mule and assrails of good quality turf would make their appearance in Listowel's market place, but these were quickly snapped up by those who could afford to pay more than the normal price.

Not far from the house where I was born and reared, there lived a gentleman on whom we shall confer the name of Jerry.

Were I to reveal his true name, I'm certain it would make little difference since he died a pauper.

You will find few to defend the characters of dead paupers; not that this particular one needs and defence.

But these facts are often worth mentioning en passant.

Jerry was in receipt of a tiny pension from an undisclosed source.

Some said it came from an undisclosed source.

Some said it came from a small investment, willed to him by his dear departed mother.

Others were less charitable, while Jerry himself insisted that it came from the Canadian Mounted Police.

He was a fine cut of a man, with a cultured accent and a manner which commanded instant respect from those who did not know that he was a man of infinitesimal means.

Frequently he would meet the incoming buses and trains which arrived in town daily and upon all visitors regardless of their stations, he would impress the heartiest of welcomes.

If these visitors chose to present him with small unsolicited gifts of cash, he always accepted after some initial poo-pooing.

He was a good man to clean a window or to hold a confessional seat for a businessman.

He was never known to refuse an intoxicating drink; he was renowned for his conviviality and had a fine baritone voice.

His enemies, scanty few, alleged that this voice earned the liquid equivalent of the combined earnings of Tauber, Gigli and McCormack.

This, of course, was not the case.

It would be truer to say that because of his voice, he rarely went to bed sober.

It was his want in all kinds of weather to undertake long journeys into the countryside.

He never kept to the main roads, and when rain threatened, he flagged down passing cars with an imperious wave of the hand.

He also made it a point to stand in the middle of the road, so that drivers had no choice but to stop or run him over.

On many of these rustic excursions, he would be accompanied by small boys like myself.

He would regale us with accounts of his experiences in the Mounted Police, and many's the journey we made with him across the lakes of Saskatchewan or struggled through blinding blizzards in the plains of Manitoba.

I'm certain that there will be many reading this who must have made these journeys with Jerry.

On the Christmas Eve of the year in question, I had the honour, together with another gorsoon, of accompanying Jerry during his daily walk into the countryside.

It was a bitterly cold day, but as yet there had been no rain or sleet so that the itinerary was easily negotiable.

As we came to the end of our street, Jerry was waylaid by an old woman who emerged from the doorway of her tiny home to ask him if he would be on the look-out for a small assrail of turf.

Earlier he had been to the market place in an effort to procure a rail for himself, but the early arrivals had all been commissioned before Jerry could put in a bid.

Nevertheless, he promised the old lady he would do his best.

We moved on while Jerry confessed to us that if the worst came to the worst, he would always appropriate a bag or two from a suburban rick.

As we moved into the countryside proper we could meet, from time to time, small assrails of turf on their way to the market.

The proprietors of these tiny transports were asking outrageous prices.

It was impossible to do business with them.

As we proceeded, the sky darkened and we were assrailed by a passing shower of ice-cold sleet.

It was, fortunately, a shower of short duration.

In the distance, however, an ominous rampart of puce-coloured cloud was beginning to make dusky inroads into the ever-changing sky.

"I think, gentlemen," Jerry announced, "we would be fools to proceed further."

So saying he was about to turn on his heel when he beheld on the brow of the hill a horse and rail which was accompanied by a male figure.

The rail was clamped high with dry black turf.

This became apparent as the small retinue drew near.

The male figure turned out to be a youthful yokel, obviously a farmers boy, for exhibited little or no interest in the horse or in the rail.

The horse plodded dutifully behind.

"Good day to you, my good man,” said Jerry, and he lifted a restraining hand indicating that he wished to converse.

The youth ignored him, not because he had not heard, but he dare not credit that he would ever be addressed so familiarly by such a well-spoken and obviously prosperous gentleman.

"I beg your pardon, sir," said Jerry, addressing the fellow for the second time.

This time, he stopped with a bewildered expression on his face.

Never before had he been called sir.

Jerry was about to speak again, but the youth was first off his mark.

"Could you tell me, sir," said he "where is Doctor so and so's house?" and he mentioned the name of a local medic.

"It this lot for him?" Jerry asked, as he gingerly felt the sods at the bottom of the rail.

"It is so sir," said the youth, who seemed new to the district and who obviously had barely taken up employment with the farmer who owned the turf.

"How fortunate that he would meet," Jerry informed him "as it so happens my friends and I are on our way to town. Be good enough to follow."

With a light step, Jerry led the way.

Almost at once, we were moving in a compact group towards the town.

After a while, Jerry fell back and in a rare gesture of bonhomie, placed a fatherly arm about the shoulders of the young rustic who was now sucking an almost invisible cigarette butt from between tobacco-stained fingers.

In the town, Jerry did not lead him directly to the doctor's house.

He led him every street and backway and took him twice around the Square for good measure.

He then led him by devious byways to the back door of the little house owned by the old woman who had earlier asked him to be on the lookout for the assrail of turf.

"Here we are," announced Jerry, throwing off his coat, "many hands make light work."

In a short while, while the rail was empty and the small shed at the rear of the little house partly filled.

The youth was returned to the main highway by an even more circuitous way than that which he came.

There was no way he could ever locate the house again.

Before we parted, Jerry withdrew a small handful of coppers from his trousers pocket.

He selected two, and handed them to the goggie-eyed youth.

"Here," said Jerry infamously, "buy yourself a packet of Woodbines."

This ends the tale.

There was no aftermath.

You may not agree with the title, but anyway you look at it, it was "a Christmas box of sorts."

This article first appeared in The Leader on December 25, 1976.