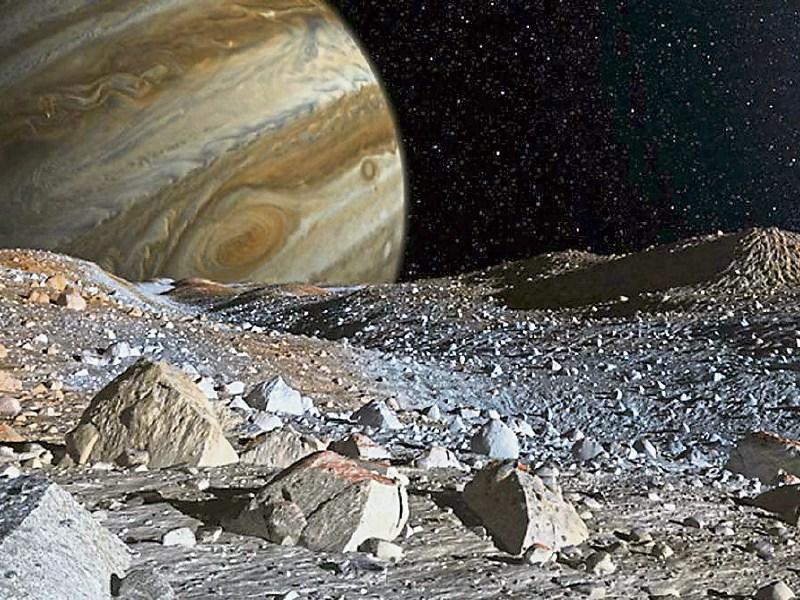 Europa is approximately 90 percent the size of our own Moon

On a clear night (which is sometimes hard in Limerick), you can clearly see the planet Jupiter shining brightly with the naked eye. If you manage to get a closer look through a telescope, you can see tiny flecks of light orbiting it.

The discovery of Jupiter's four large moons, Io, Europa, Ganymede and Callisto, known as the Galilean moons, transformed the way in which the universe was viewed.

This was the first time that celestial bodies were seen revolving around an object other than Earth. This discovery was a major corroboration of the Copernican view that Earth was not the centre of the universe.

While Jupiter has some amazing qualities, it’s one of its moons that hold some hope for discovery of life outside of earth.

Europa is approximately 90 percent the size of Earth’s Moon, so if it replaced our moon then it would appear nearly the same size within the night sky. However, a major difference would be the brightness that we would notice, as Europa’s surface is made of water ice and so it reflects over 5 times the amount of sunlight than our own moon.

Europa takes about 3 and a half days to orbit Jupiter and it’s locked by gravity to Jupiter, so the same hemisphere of the moon always faces the planet.

Due to its brightness reflected through ground-based telescopes, scientists knew that the surface of Europa was primarily water ice, furthermore scientists have determined that beneath the ice crust is an ocean of liquid water or slushy ice.

Scientists believe that Europa’s outer ice sheet is 15 to 25 kilometres thick which floats on an ocean 60 to 150 kilometres deep.

Interestingly, as Europa is about a quarter with width of Earth, its ocean may contain almost double the amount of water as all of Earth’s oceans.

It is due to this vast water system, that Europa’s ocean may be considered one of the most promising places to look for life beyond Earth.

Between 1995 and 2003 NASA's Galileo spacecraft explored the Jupiter system which included frequent passes of Europa. These passes highlighted the changing surface of Europa, it discovered peculiar pits and domes that indicate that this ice layer could be slowly going through a convection process.

This is when cooler, denser ice sinks, while warmer less-dense ice rises due to heat from below. Furthermore, long fractures which are often only 1 to 2 kilometres wide but can extend for thousands of kilometres across Europa’s surface are evident.

So don’t forget, we all want to see the planets through our telescopes, remember that the moons can be just as interesting to look at and think about.