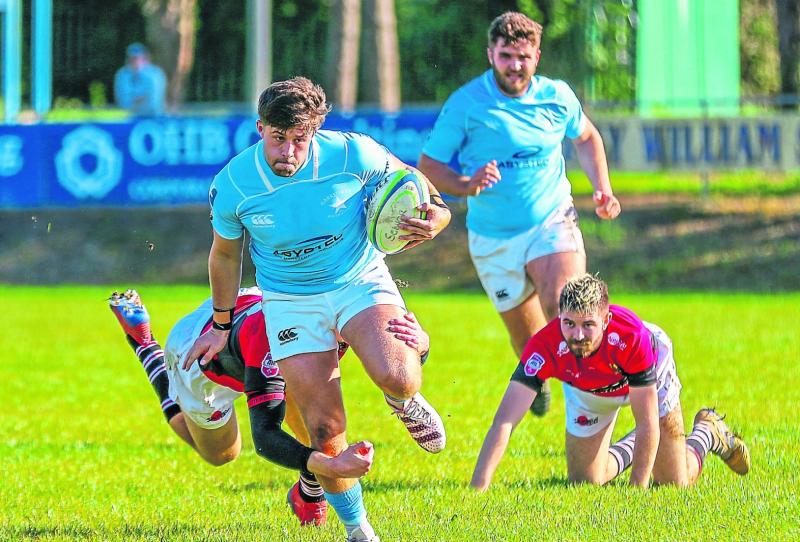 Garryowen FCs Jack Delaney makes a break against UCC in their AIL Division 1A fixture at Dooradoyle Pic: Kieran Ryan-Benson

Garryowen, who are currently leading the way in Division 1A of the Men’s All-Ireland League will host Tipperary side Cashel at Dooradoyle, with a kick-off time now of 8.15pm.

Garryowen’s route to this Friday’s semi-final was secured thanks to victories over UCC and Bruff while Cashel have earned their spot thanks to wins over Shannon and Tipperary rivals Nenagh Ormond.

Garryowen have secured bonus point wins in each of their three opening AIL fixtures this season against college sides to sit top of Division 1A.

The second semi-final of the Munster Senior Cup takes place on Saturday, December 18 when holders Young Munster make the trip to Leeside to take on Highfield at Woodleigh Park.

In reaching the last four of the competition, Highfield have accounted for city rivals Sundays Well while in the last round they secured a dramatic 32-31 victory over Old Crescent.

The date for the final will be announced in due course.