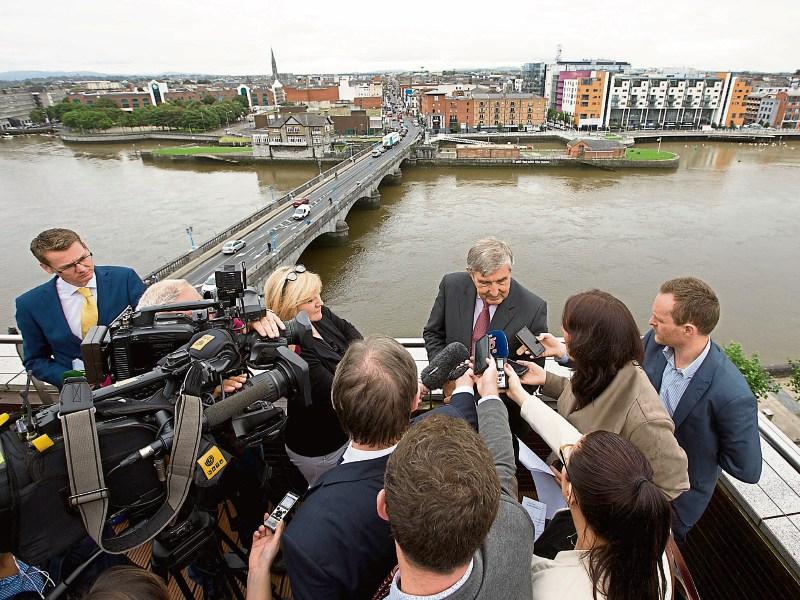 IN Limerick we are all too aware of the value of a good reputation. For many years our city suffered from negative external perceptions.

In some instances, we expended valuable energy blaming the national media for its perceived sleights.

Instead of creating a new Limerick story we were proactively defensive, getting riled at the slightest hint of negative comments about the city we love. In some instances this was warranted, but it has become clear that our energy is better spent focusing on what we have to offer as distinct to what we don't.

I heard someone speak about reputation last week. The speaker acknowledged how easy it is for a business, individual or a place to lose the value of a good reputation, often overnight.

However, more interestingly, the speaker used the specific case of Limerick to acknowledge the possibility or regaining a credible reputation when an action plan is developed, executed cleverly and bought into by key stakeholders.

I remember sitting in the Strand Hotel in June 2013 witnessing the signing of a new Limerick Charter by representatives from the local authority, third level education providers and other key players across Limerick.

The event, which also saw the formal launch of Limerick’s 2030 Economic and Spatial Plan, exuded a sense of hope.

Of course there were those in the room who doubted. There were those who said they had seen it all before but for the vast majority there was a consensus that finally we were in a position to create that new Limerick story.

In the three years since life has moved on considerably. For many that Strand Hotel event in 2013 is a distant memory. However, the legacy of the signing of that new Charter has been a subconscious shift in the mind-sets of many who have the power to sell the Limerick of tomorrow.

So many representatives of the new FDI companies we have seen commit to Limerick over recent months all comment on the fact that everyone they met during their site visits here were singing off the same hymn sheet.

We all remember the not too distant past where attitudes in this city were radically different.

We questioned why anyone would want to live or work here. We doubted our own ability to thrive.

We were a psychologically beaten place with negative branding stigmas and a criminal underworld dominating the national headlines.

A travel journalist for the Daily Mail in the UK gave the city a glittering review.

Whether you buy into the sum of the parts of the Limerick 2030 project or not one thing is certain. The creation of a clear plan, a clear vision and a clear message has allowed us to fundamentally shift how our city’s reputation is perceived in a very short period of time.

We must never forget our recent past but we also must recognise the lessons we have learned over recent years. Proactive offensiveness as opposed to proactive defenceless is a far more effective strategy.

KUDOS to Limerick City and County Council, who picked up a top award this week for its work on the €5m City Quay project.

The annual awards recognise and celebrate significant and important engineering works undertaken around the country and was judged by a team of engineering experts.

The council says that the project has “resulted in a high quality waterside environment for public use and enjoyment of the River Shannon, as well as a unique setting for the on-going revitalisation of the city centre” and I have to agree.

It has also complemented the very impressive improvement works on O’Callaghan and Clancy Strands, making the city a much more attractive living space for its residents.

Film Limerick in lights on RTE 2

RTÉ 2 is currently screening the Limerick Film Trilogy over three weeks  on its Monday Shortscreen slot.

The trilogy consists of three short films that were made with the support of City of Culture in partnership with Behind the Scenes. It also received assistance from Screen Training Ireland.

This ambitious project was realised by Film Limerick Project Manager Ronan Cassidy and acclaimed  writer and director Gerard Stembridge. The idea behind the project was a way of providing training and experience for those seeking to break into the film industry.

Gerard Stembridge selected three writers and worked with these writers individually to make each script as good as it could be. He also took an overview, looking for connecting features and elements that would create links between the stories.

Monday saw the screening of Day Off, which will be followed in the coming weeks by The Apparel and Date:Time.