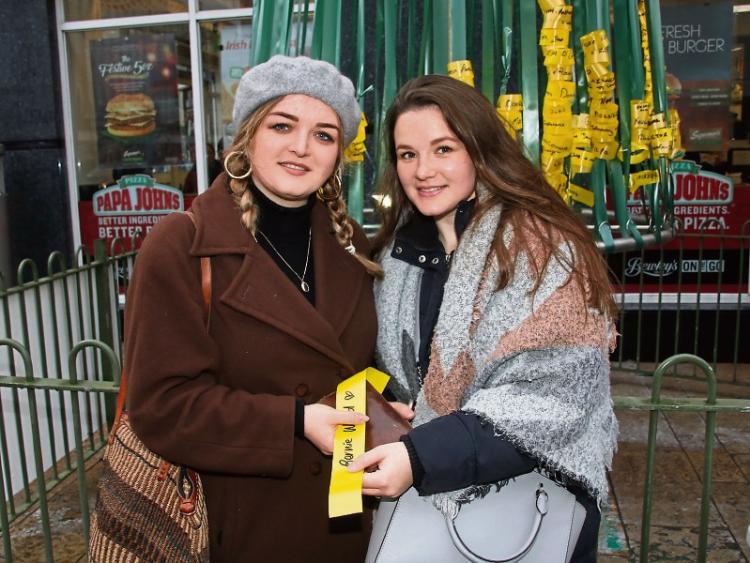 Limerick Thomond Rotary Club will launch its ‘virtual ribbon’ portal this Saturday afternoon to facilitate those who cannot make it to its Christmas Remebrance Tree in the city centre.

Located at Bedford Row, the tree which was launched last weekend by Cllr Daniel Butler provides a public space for people to remember loved ones who have passed on or who are unable to be with them for Christmas.

Members of the public are invited to write the name of their loved ones on a yellow ribbon which is then put on the tree.

While there is no charge, voluntary donations can be made with monies going towards Cuan Mhuire, Cliona’s Foundation and the Oesophageal Cancer Fund.

“This a communal remembrance project and through that you can share the memory of someone with others and in the same time ssupport charities which support local people so I thinkg it is a way that anyone can contribute and everone can benefit from this remembrance project so it’s a powerful event,” said John Kelly, president of Limerick Thomond Rotary Club.

A remembrance service for all those whose names are put on ribbons will take place in the Augustinians church O'Connell street in January 2019.

Thank you to Limerick City and County Council for putting our Remembrance Tree on their digital notice boards in ten locations around the city! pic.twitter.com/Q8o6qYBton