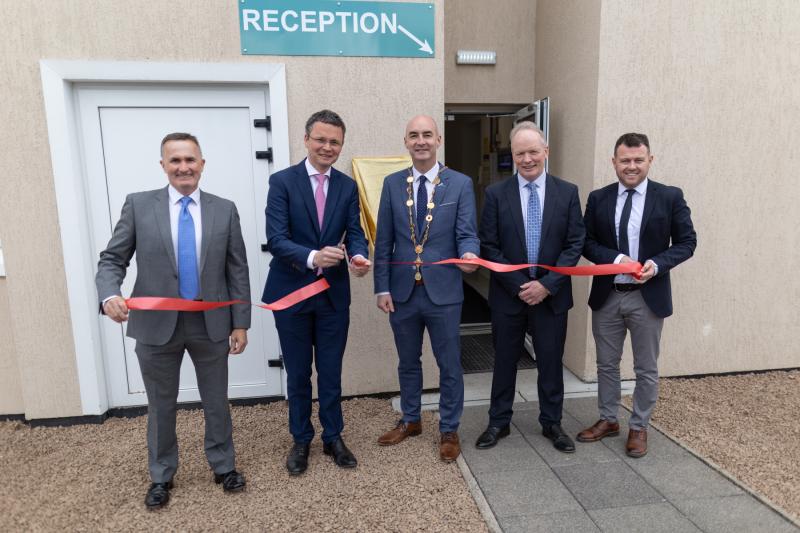 The company, which is a sister company of Glenstal Foods, has invested €3m in the facility which is located at the former Engine Innovate building in the town.

FMS, which produces high quality Dairy ingredients for the animal feed industry, was established in 2006 and the decision to expand into a larger premises was made in 2020 with work beginning on the new facility in Rathkeale last September.

The Mayor of the city and county of Limerick, Cllr Daniel Butler, attended the official opening of the new facility which was performed by Minister of State Patrick O'Donovan.

"This event is a testament to the vision of Liam Liddy and all the team at FMS and the significant investment by the company, supported by Enterprise Ireland, is a vote of confidence in the Limerick region," said the Limerick TD.

Richard Walsh, CEO of FMS, added: "Our substantial investment and expansion reflects our intention to grow this business and provide a high quality and secure manufacturing facility for the production of Dairy-based animal feed ingredients. Through our dedication to quality and traceability, we have become an important resource to both the Infant Formula and Dairy ingredients sector."

He went on to thank staff at the company and Enterprise Ireland for it's support in helping it realise it's expansion plans.

The FMS facility in Rathkeale is a designated Category 3 facility and all production is exclusively destined for the animal feed industry.