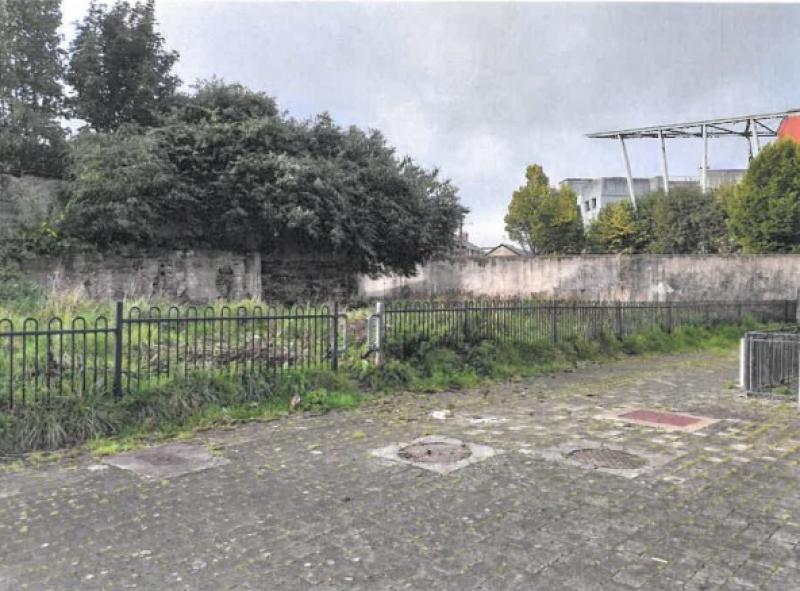 The land the Absolute Hotel is seeking to secure from council

LIMERICK's Absolute Hotel is to seek planning permission to build 28 short-stay accommodation units on neighbouring land in the city.

At this month's metropolitan district meeting, head of property Jayne Leahy disclosed to councillors that the local authority wished to sell a 520-square metre patch of land to the hotel to allow the development.

In a briefing note to members, she said the project is valued at up to €9m, and would create 20 permanent jobs once completed.

Already, two derelict homes on Long's Lane have been sold to the hotel to facilitate a part of the development.

"It will bring a substantial economic development dividend to the city. The Absolute Hotel group has been looking to assemble this site for many years to improve and modernise the general area around the hotel and provide a better offering to visitors," Ms Leahy added, pointing to the fact it will create a "significant" number of construction jobs.

At next month's full council meeting, members will be asked to formally sell the land to the Absolute Hotel for a sum of €125,000.

But concerns were expressed when the matter came before members just before Christmas.

Green Party City East councillor Sean Hartigan joined a number of others in complaining they had not been kept up to speed on this project.

"This has been in discussion quite a few years, yet the first time councillors heard about it was at the metropolitan meeting in October when it was put up for sale. I don't believe this site can be developed," he said.

Is this the highest price paid for land in Ireland? 2 derelict cottages on .02 acres each bought by the Absolute hotel for development of an aparthotel for €172,500 each, this equates to 8.6 million per acre. pic.twitter.com/JkcFXYzsLP

Fine Gael councillor Micheal Sheahan added: "I'm not comfortable with this transfer of land. It's public land, it should be out for public examination. Anybody should be able to apply to purchase that land on the open market. I would ask this item would not go forward to the January meeting, but that a more detailed examination of a transfer must be made."

His party colleague Daniel McSweeney added: "I think we've been selective. I may have someone in my area who may come looking for land and I think it's our duty to protect the public interest. This is public land. Having spoken with a member of staff during the week, I was informed 99% of public land goes up for public sale. I don't feel comfortable this didn't."

Metropolitan district leader, Cllr Catherine Slattery said: "This land should have been put on the public market, but I support the Absolute Hotel in acquiring this land, as it will bring much needed investment to the area."

And Labour councillor Joe Leddin warned that if the land was sold on the open market, there'd be a danger another developer could "sit on the site", leaving it undeveloped in a bid to stop any rival development.

"Sometimes you need to make a judgement call. It should be a win-win, we should be rolling out the red carpet and removing this dereliction as as fast as we can," he said.

Fianna Fail's Jerry O'Dea agreed, and said: "Jobs are at stake here and investment of this kind is badly needed."

The local authority have owned this patch of land since 1989, but it's never been developed.