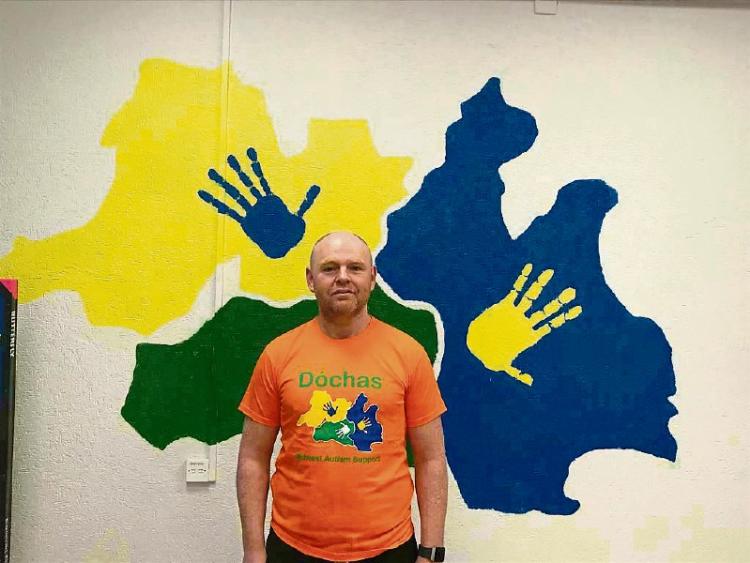 Cyril Killeen, the centre manager of Dochas, based in Parnell Street

A POPULAR Limerick charity has had its partnership with the Sarsfield Credit Union extended by a year due to the Covid-19 pandemic.

At the start of 2020, Dochas, which provides a supportive environment for children with autism across the city and county, won a popular vote among the lender's members to become its charity partner for the year.

However, come March, Limerick and the rest of Ireland went into lockdown in a bid to slow the spread of Covid-19. Since then, restrictions have remained in one form or another.

It has meant Dochas, which is based in Parnell Street, has been unable to fully benefit from being Sarsfield Credit Union's charity partner - a package which normally brings with it a cash prize, and year-long promotion from the branch.

By the same token, tightened hygiene restrictions and lower footfall at the Stone Jug building have also ruled out any vote on a new charity partner for 2021.

So, Patrick Flaherty, sales and marketing manager, said staff decided to continue with the support of the same charity for another year.

It's a situation which has proven ideal for Dochas, which along with other charities, has seen funds drop significantly due to the pandemic.

Church gate collections have not happened, with many Masses taking place behind closed doors, while supermarket bag packing has not been possible to name just two examples.

But centre manager Cyril Killeen said it's the inability to provide a service to youngsters which has been most difficult.

“We were closed from March to late June, and only opened to family bubbles at this stage. We were able to resume a more normal service in August, but with restricted numbers, then closed again in January. The stop-start nature of this is really difficult when you are working with young people whose routine is very important to them,” he explained.

Once Dochas is able to re-open, Cyril said he hopes to add new clubs and expand its services to support more families and young people with autism.

He added: “We plan to introduce projects within our services and also develop working collaborations with other services such as the University of Limerick.”

Another big awareness campaign which Dochas missed out on last year was World Autism Day in early April, Ireland only going into lockdown days before.

Cyril admits it's likely to be the same this year.

The Covid-19 pandemic is very difficult on both children and families of kids with autism, the centre manager said.

“The routine disruption both with education and club activity has been very difficult for young people with autism and their families. We have anecdotal evidence of regression in education, social skills and behaviour.”

In a bid to counter this, Dochas has ramped up its online social club activity, which is hoped to provide a stepping stone to families being able to resume some kind of normal service.

In a very tough year, the partnership with the Sarsfield Credit Union has provided a chink of light, giving Dochas some much needed exposure with Cyril adding it will hopefully put the charity in the spotlight for further funding.